Miss Eunice Ivey died on Sunday, July 27, 2014, at the age of 98. Ms. Ivey was preceded in death by her parents Edgar G. and Amanda Jane Ivey and brothers Melborn and Marshall Ivey. She is survived by her sister Elsbeth Ivey Barrick, brother Ivan (Betty) Ivey, eight nieces and nephews, and numerous great-nieces and nephews. She was a member of the First United Methodist Church in Dothan.

She was born in Cottonwood, Alabama in 1916 and was the oldest of five children. They all moved to the family farm in Webb, Alabama, where they worked as a family. Her father was a farmer and grew peanuts, cotton, and, for a period of time, tobacco. To provide food for this large family, he also raised chickens, pigs, and cows and had a two-acre vegetable garden.

All of the children helped with the farming and two of the sons became farmers. Since farming was not considered an appropriate profession for a woman, Mr. Ivey thought strongly that his two daughters — Eunice and Elsbeth — needed a proper education so they could support themselves if needed. Both sisters attended the University of Montevallo (then Alabama College) and received their degrees.

Ms. Ivey earned a Bachelor of Science degree in Home Economics and General Science in 1939. She earned a Master’s degree from the University of Alabama in 1949.

She was employed by the Alabama Cooperative Extension System for 30 years, working on the campus of Auburn University as a Home Economics Specialist. She was also employed by the United States Department of Agriculture Home Administration for seven years and Alabama Power Company for one year.

The Alpha Pi Chapter of Epsilon Sigma Phi honors and remembers Miss Eunice Ivey by placing her name on the dedicatory plaque of the Memorial Chapel. 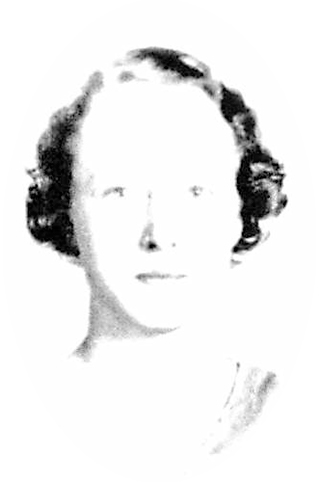