Born on a farm on December 12, 1925, Eunice Prater King began with an appre­ciation for rural life and hard work. While growing up, she had an opportunity to help with the work in and around the home and learn the operation of a rural grocery store and filling station.

In 1953, she began her career with Alabama Cooperative Extension Service as Assistant County Agent in Chambers County and on to Marion County as Assistant County Agent, 1954-56. In 1956, she was promoted to Home Agent in Macon and worked there until she became Associate County Chairman in Crenshaw County in October 1963. She worked in Crenshaw County until her retirement.

During her career and while in Chambers and Macon Counties, she willingly worked to the best interest of 4-H’ers in her counties. She set for them an example that exhibited the true ideals of 4-H. Later in Macon and Crenshaw Coun­ties, working as a Home Agent, Mrs. King developed programs to benefit the people of each county. She worked tire­lessly in her efforts to see that the people of the counties in which she worked gained the best that she could offer.

Mrs. King, a very humble and private person, never spoke of her accomplishments, yet she kept the interest of those she served and loved at heart. She gave willingly of herself to benefit others, setting an example difficult to copy.

Mrs. King retired as a County Agent on September 30, 1983, with 30 years of service. After her retirement, she enjoyed assisting in her husband’s businesses of Arrowhead Imports and The Flower Basket Florist. A lifelong member of the Baptist Church, Mrs. King was a loyal visitor of the at-home shut-ins and those in the Luverne Nursing Home. At her death, she was the presiding vice president of the Luverne Nutrition Center.

Mrs. King passed away on April 2, 1996. She is survived by her husband, Edward M. King of Luverne; one son Rusty King and his wife Sheila, and their daughter Amy King; one sister Lila Rice; two brothers, W.R. Prater and Ronald Prater; nieces and nephews.

In tribute to her life and work, the name Eunice P. King is inscribed on the dedicatory plaque at the Extension Memo­rial Chapel. 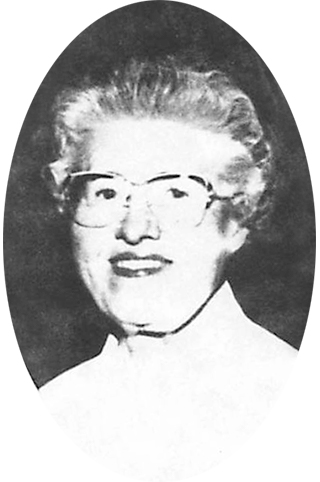