Born in Tuscaloosa County, Alabama, Evelyn Blackmon spent her early years on a farm in the rural community of Big Sandy. She was the youngest of six children born to James and Viola. Her birth date was October 11, 1942.

Evelyn was educated in the Tuscaloosa County School System, beginning her education at Frierson School and graduating from Riverside High School. Because of her love for life on the farm, Evelyn pursued an academic career in Home Economics, earning a B.S. Degree from Alabama A&M University in 1965. She later received a Master’s Degree from the University of Alabama.

Ms. Blackmon began her career with the Alabama Cooperative Extension Service on October 15, 1965, as Assistant County Agent in Greene County, where she worked with adult home economics and 4-H programs. She served in Greene County for 16 years, later adding the Expanded Food and Nutrition Education Program (EFNEP) to her other duties. During her tenure in Greene County, she also served twice as interim County Agent Coordinator.

In 1981, Evelyn transferred to Tuscaloosa County with Extension and continued her work with EFNEP and expanding her work in the foods and nutrition program to work with senior adults, Head Start Programs, daycare providers, and state and mental health students. During her life, Evelyn touched the lives of many families, demonstrating her cooking, sewing, and home economics skills.

Ms. Blackmon was active in community and church activities where she was a member of Elizabeth Baptist Church and served as the Enrichment Coordinator for Vacation Bible School, sang in the Gospel Chorus, and was a member of Matron #5. After thirty years of service with Alabama Cooperative Extension Service, Ms. Blackmon retired on August 31, 1995.

A woman of strength, Evelyn was devoted to her family and was a lover of people. She died on April 26, 1997. Evelyn is survived by three sisters: Leola Fortson of Birmingham, Belvie Jean Bowden of Bellwood, Illinois, and Lillie Mae Jackson of Maywood, Illinois; and one brother, James Blackmon, Jr., of Northport. Preceding her in death were her parents, one sister Rosa Lee Fryer and one adopted brother Thomas Z. Frierson.

In tribute to the life and work of this diligent woman, the name Evelyn Blackmon is inscribed on the dedicatory plaque of the Extension Memorial Chapel. 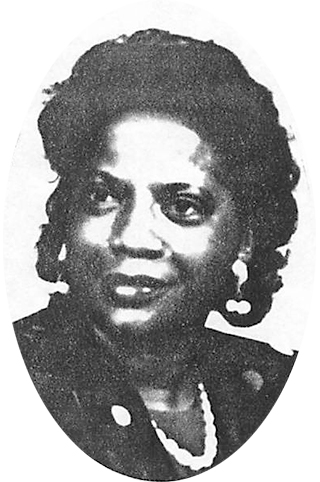