Evelyn Ruth Etheridge was born August 25, 1940, in Selma, Alabama, as the third daughter born to Ms. Naomi Etheridge. Evelyn was reared in Selma and educated in the Selma City School System, graduating from R.B. Hudson in 1959. She was a faithful member of Clinton Chapel A.M.E. Zion Church and a member of the choir. Her voice was beautiful, and she was very proud of her ability to sing. She would sing you a solo at the drop of a hat. She was a Christian who truly loved the Lord and believed in the power of prayer.

Evelyn began her career with the Alabama Cooperative Extension System on January 17, 1977, as a secretary in the District III office located in Selma. She was promoted several times and became an Executive Secretary. She remained in this position until her health dictated retirement on August 19, 1998. Of all the beautiful things in life, one of the most beautiful is character, and Evelyn had a beautiful character and lived a beautiful life. She enjoyed life and tried to get as much out of it as possible. Although her last days were painful and filled with disappointments, she was able to smile and relate to people until her death in January 1999.

She was a very kind and loyal employee. She showed concern about and loyal to the Alabama Cooperative Extension System, especially to those in District III and the district office. She was always ready to help her folks. Regardless of race, color, or creed, she considered all of us her folks.

Evelyn always wanted to lighten your load by giving you a word of encouragement from the word of God. She was always interested in others, their families, and how they were getting along. She had the sincere interest and took the time to show the personal side of her personality. When talking with Evelyn on the phone, she always had a smile in her voice. She was always professional, courteous, and cooperative. She was a caregiver to her mother and dedicated to both her mother and son, Eric.

Evelyn kept a positive attitude while experiencing very diverse times in her life. Many have been profoundly deprived of the radiant personality and the strength of Evelyn Etheridge’s noble character and charming personality.

Those who were privileged to know Evelyn will remember her by her favorite verse of scripture, which she often recited when she felt that you were feeling discouraged, Philippians 4:13: “I can do all things through Christ who strengthens me.” And, in remembering Evelyn, her friends and coworkers are strengthened, knowing that during her trials and tribulations, she never complained, and always said, “It is in God’s hand, and nothing can separate me from His love.”

To honor this lady’s dedication to God, family, and friends, the name Evelyn Etheridge is inscribed on the dedicatory plaque of the Extension Memorial Chapel. 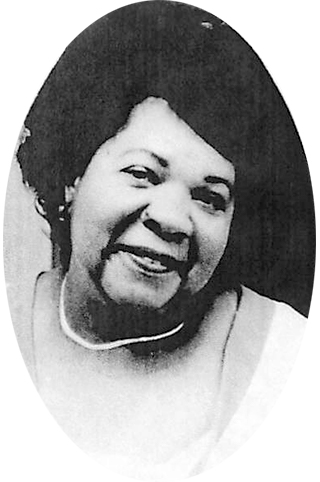