Exa Till helped the homemakers of her county live better lives through her health and food programs. She organized sewing workshops, diabetic educational programs, and cooking schools. She used radio and cable television to reach the county audience.

The Chambers County Health Council was organized under her leadership. Citizens could reap the benefits of good health and careful screening through clinics.

Her family and friends remember how important it was to Exa that she take the 4-H children to Florida during the summer. That was their reward for being in the 4-H Club. She carried her own BBQ grill and the recipe for BBQ sauce to go on the grilled chicken. Many adults in Chambers County remember those summer trips quite fondly!

Exa was a big Auburn University football fan and seldom missed a game, only missing later in life when she was physically unable to travel. She was also known for her fondness of baseball, particularly the New York Yankees.

In her travels, she sought bookstores to spend hours looking at information for educational programs. There was always something new to find.

In her retirement, she enjoyed golf, ceramics, and remodeling her home. She continued to travel and visit with her friends made through Extension. She touched many lives in Chambers County and was a mentor to many young Extension staff. Above all else, Exa Till is remembered because she loved her family, her church, Auburn, the people in Chambers County, and her special dog Star.

To honor her life and career and her kindness to others, the name of Exa E. Till is inscribed on the dedicatory plaque of the Extension Memorial Chapel. 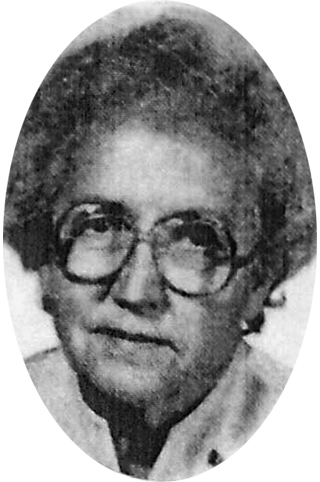