Fletcher Farrington served the people of Alabama through Extension work for over thirty years. Born on a farm in Blountsville on May 25, 1902, he attended both Snead College and Auburn University, where he earned his B.S. degree in 1930.

The name Fletcher Farrington was known among Extension staff nationwide. This dedi­cated servant won national recognition as a farm leader on several occasions. Mr. Far­rington served as president of the National Association of County Agricultural Agents and was often cited by that organization for his outstanding achievements. Through his cre­ative efforts, the Alabama Association of County Agricultural Agents was formed, with Mr. Farrington being elected its first president.

Leadership came naturally to Fletcher Farrington. Even outside Extension, he excelled. His civic and religious activities also called on his leadership skills. Mr. Farrington served as Alabama District Governor of Kiwanis as well as a lay leader in the Methodist Church.

A former coworker described Fletcher Farrington as a very dynamic person. He believed anything was possible and because of this, he went at all challenges with great enthusiasm. Mr. Farrington meant much to all the people in the two counties he served and was highly respected.

Years of devoted service are recognized as the name Fletcher N. Farrington is inscribed on the dedicatory plaque of the Extension Memorial Chapel. 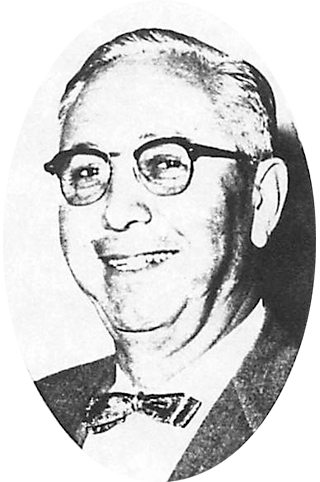