Florence Page Herring was the oldest of four children born to Robert Slater and Lorena Ganus Page of Millry, Alabama, in Washington County. She was a 1930 graduate of Millry High School and afterward attended Mobile Business College.

She was married to W. R. (Roy) Herring on November 9, 1936. They had one daughter, Hazel Herring Harpe. They lived all of their married life in Chatom, Alabama.

Outside her duties as full-time wife and mother, Florence was employed with the Emergency Seed and Crop Loan Association, the Alabama Relief Administration, and the Department of Public Welfare. She became secretary to the Extension Office in Chatom in April, 1948. An invaluable asset to the office, she offered her help to the county agents as they served the farmers, homemakers, and 4-H’ers in Washington County. She met the public beautifully and took care of office duties very efficiently. “Her agents” loved her and were happy to have had her services for 30 years. Mrs. Herring retired in 1978.

An accomplished seamstress, Florence enjoyed many hours creating things of beauty. Her handi­work was art that she delighted in sharing with her family and friends. She had a great love of flowers, in the garden as well as in the flower pot. Her porch was always filled with beautiful plants, which she liked to share with others.

By nature, she was a person of few words, but she was a sincere, wise, and thoughtful individual. Her kindness was evident in everything she did. She was a very devoted wife and mother, and she loved her family and close friends. She was a faithful member of the Chatom United Methodist Church.

After her husband died in 1979, Mrs. Herring continued to live in Chatom until 1987, when she moved to Evergreen to be near her daughter Hazel, county agent in Conecuh County. She was for­tunate to maintain an independent lifestyle until her illness on March 2, 1993. She died in the Evergreen Nursing Home on June 27, 1993.

Survivors included her daughter Hazel and son-in-law Herbert Harpe; one brother, Slater B. Page; one granddaughter; and three great-grandchildren.

It is an honor to have the name of Florence Page Herring inscribed on the dedicatory plaque of the Extension Memorial Chapel. 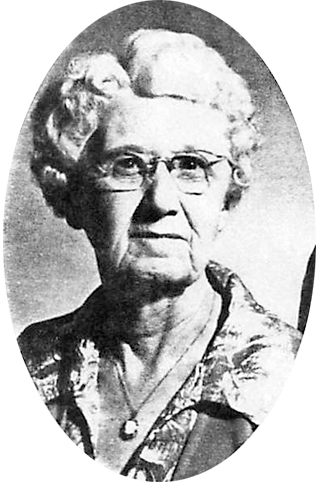