Forest Homer Morgan was born in Jefferson County on May 2, 1914. After graduating from Isabella High School in 1934 as valedictorian of his class, he attended Auburn University. In 1940, he received his B.S. degree in agricultural science and began teaching vocational agriculture. He taught at Greenville, New Brockton, and Samson before returning to Greenville in 1946 as Extension Assistant County Agent for Butler County. In 1948, he and Kathleen Dodd were married. They had one daughter named LeAnne. Continuing his education, he earned his Master’s degree from Auburn in 1960 and soon was promoted to County Agent, where he remained until his retirement in 1977.

F. H. Morgan was an unassuming man, a man of quiet but effective leadership. He was a man of intellect and vision. He was also a man of principle — and he was unwavering in his devotion and loyalty to those things he loved.

He loved Auburn. His student years were good ones — when he ran track, worked in the Baptist Student Union, enjoyed his fellow ag students and professors, and his work in the collegiate FFA chapter.

He loved Greenville and Butler County. He was a tireless civic and church worker. Mr. Morgan was president of Kiwanis and held many important positions in his beloved first Baptist Church of Greenville. His leadership left a legacy that will be felt for years.

And F. H. Morgan loved agriculture. Not only loved it but knew it. He was a true agricultural scholar. Those who worked on his staff were continually amazed at his knowledge of all phases of agriculture. And he knew how to pass that knowledge on to farmers and others. Catfish, broil­ers, beef cattle, sweet potatoes — he was an expert in them all. He served as president of the But­ler County Cattlemen’s Association, which became one of the largest in the state under his leadership.

One quotation used in his memorial service was especially appropriate: “Always he practiced the dignity of honest toil and hard work.” In tribute to the man and his life’s work, the name F. H. Morgan is inscribed on the dedicatory plaque of the Extension Memorial Chapel. 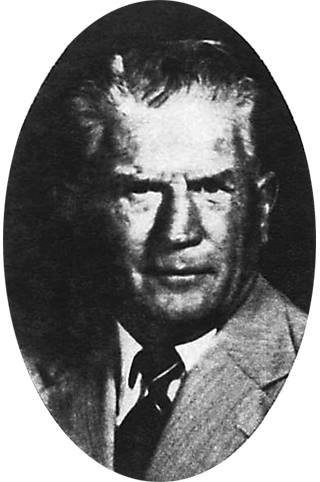