Foy Helms was born on a farm in Covington County on August 18, 1906. He was the sixth child of Robert Hilliard Helms and Annie Laura Johnson Helms. He graduated from Straughn High School in 1927 and entered Auburn University that fall, pursu­ing a degree in Agricultural Science. He graduated in May 1932 with a Bachelor of Science degree in agriculture.

On December 26, 1931, Foy married Sue Moore in Opp, Alabama. The Helms eventually settled in Auburn and were parents to two sons, William Foy and James Alfred.

In September 1943, Helms began a career as Extension Agricultural Economist with the Alabama Cooperative Extension Service that lasted 21 years. His work encompassed a broad field that included economic analysis, statistics, program planning and analysis, rural health, and medical care. He also authored or co-authored a number of publications in economics. In 1962, he was part of a team that did special work overseas for the Foreign Agricultural Service, work which pro­vided significant information to be used in the development of the economic foreign aid program for the Kennedy administration.

Mr. Helms retired on May 31, 1964, after 31 years of federal service. In addition to his favorite activ­ities of gardening and fishing, he was active in the local and state chapters of the National Associ­ation of Retired Federal Employees, for five years was the Revenue Officer for the City of Auburn, and held positions of leadership with several civic organizations. Helms served on numerous councils for the Boy Scouts of America for 38 years. He had, in 1952, been given the prestigious Silver Beaver award for his volunteer work with the scouts.

Foy Helms died on December 20, 1992, in Auburn, at the age of 86. He is survived by his wife Sue and son James. The Helms’ first son, William Foy, passed away in 1990. In recognition of his lifelong service to the people of Alabama, the name Foy Helms is inscribed on the dedicatory plaque of the Extension Memorial Chapel. 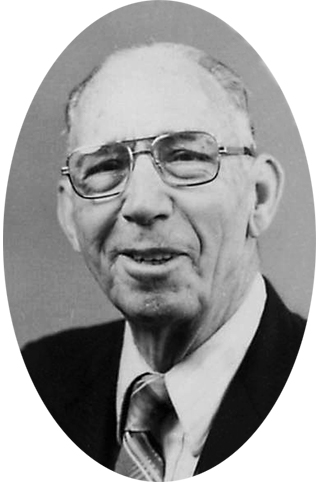