Frances V. Crawford, a native of Dothan, Alabama, was born on December 27, 1906, to John and Henrietta Brantley Crawford. She received her formal secondary education at Huntingdon College from 1923 to 1927 and did post-graduate work at Emory Univer­sity and Columbia University. From 1928 to 1932, she taught high school home economics in Highland Home, in Dothan, in Haleyville, and in Newville.

Miss Crawford joined the Alabama Cooperative Extension Service as an assistant home demonstration agent in Elmore County on May 15, 1934. She subsequently served in Randolph County and Coosa County before settling as Home Demonstration Agent in Barbour County in 1937, a union that lasted almost thirty years.

Mrs. Watson, having married Mr. Billy Watson after the ban against married female agents was lifted in the mid-1940s, was a conscientious home demonstration agent in Clayton, serving her constituents through three decades of change and challenge. She was as diligent in her duties when the Extension Service was organizing volunteers to make mattresses from the surplus cotton in the 1940s as she was in the 1960s when Extension was emphasizing money management and personal health. Her concern and her devotion to her constituents never faltered.

Among her civic and community interests were the Clayton Garden Club, the Wesleyan Service Guild. and the Clayton United Methodist Church. She was a member of the Phi Delta Kappa Interna­tional Education fraternity and a life member of the Extension professional fraternity, Epsilon Sigma Phi.

Mrs. Watson passed away on June 13, 1995, and is survived by one brother, Dr. John B. Crawford, and a sister, Lillian McKenzie.

In recognition of her devotion to the people of Barbour County through her career and her life, the name of Frances Crawford Watson is inscribed on the dedicatory plaque of the Extension Memorial Chapel. 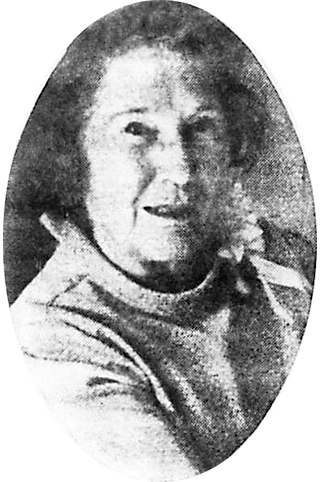