Frances Bonfield was born in Sheffield, Alabama, in 1918 to Jake and Maude Sanderson Gargis. She had one sister, Grace Elizabeth Gargis Durham. She graduated from Sheffield High School in 1936 and studied at Alverson Business College in Birmingham, Alabama, the following year. She served as a secretary at Southern Armature Works in Birmingham before joining the Colbert County Extension staff in 1949.

Upon receiving a promotion in 1975, Mrs. Bonfield wrote the District Coordinator, Mr. Cecil Davis, that she was rededicating her services and loyalty to the Extension Service. Mrs. Bonfield retired in 1981 after thirty-two years of service. During her last day of work at the Colbert County office, she wrote the state office: “There is some sadness in my heart today as well as gladness.”

Her co-workers have said that Frances Bonfield was a very dedicated Extension employee. Her early work allowed her to work closely with local farm organizations. She also handled all the work for six staff members. During her tenure, she witnessed tremendous changes in the equipment used to perform her daily tasks. When she started in 1949, the Extension staff shared one telephone. In the day, everything was manual including typewriters and mimeograph machines. By the time she retired, Extension had progressed from manual to electric, to computerized equipment. Thankfully, the old mimeograph machines had been replaced by photocopiers and every office had a telephone.

Talented in so many ways, Frances Bonfield is remembered by her family as a caring and compassionate woman and a wonderful peacemaker. She was a great cook and enjoyed entertaining her family with delicious holiday meals. Mrs. Bonfield had a passion for collecting antiques and jewelry and enjoyed working with flowers in her yard. She loved sweets too and sometimes ate her dessert first, just to make sure that she had room for the “best” part of the meal.

Her friends remember Mrs. Bonfield as a dedicated Christian. She was an active member of the First United Methodist Church in Tuscumbia. She held offices in her Sunday school, Church Women’s Circle, and served on church boards. She was always thoughtful to send birthday cards to friends, and cards of concern to the sick and grieving.

Mrs. Bonfield is survived by three sons: David Bonfield, Michael Bonfield, and Gary Smith. Other survivors include eight grandchildren and one great-grandchild.

In tribute to her life’s work, the name of Frances G. Bonfield is inscribed on the dedicatory plaque of the Extension Memorial Chapel. 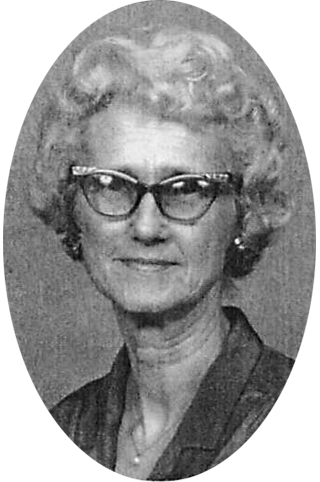