McKinnon was born in the Collins Chapel community of Chilton County, Alabama, the daughter of the late Thomas Gerald Hubbard and the late Lummie Lee Murrah Hubbard. She attended schools in Chilton County and graduated from Jemison High. In school, she was the secretary of her local 4-H club, played on the girls’ basketball team in junior high school, and was in the cast of the senior high school class play. She won first place with her apron project as a member of Future Homemakers of America (FHA).

McKinnon was a member of Collins Chapel Baptist Church, served as church clerk for six years, and was a substitute Sunday school teacher for adult classes. She was a member of the Auburn University Retirees Association and AARP.

McKinnon was a stickler for detail, accuracy with reports, and editing Extension letters and news articles. She helped Extension co-workers be professional. Her friendliness and courtesy to people who came to the Extension office brought them back with other questions.

Mrs. Frances McKinnon is survived by sons, Mike (Lisa) McKinnon and Greg (Tammy) McKinnon. Her husband, Dan, and son, Tommy, preceded her in death. She has four granddaughters and ten great-grandchildren, along with many nieces and nephews.

The Alpha Pi Chapter of Epsilon Sigma Phi honors and remembers Mrs. Frances H. McKinnon by placing her name on the dedicatory plaque of the Memorial Chapel. 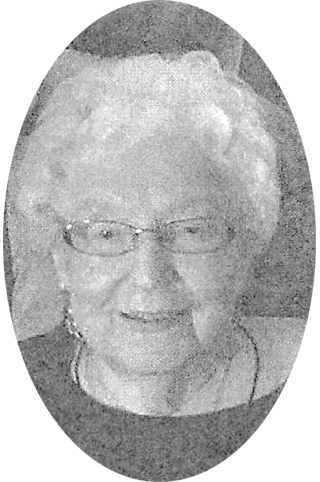