“Frances was a giver of things and of herself. She enjoyed being thoughtful and giving gifts. It would make her very happy if she could give to you before you would give to her. This generosity remained with her until her death.” Perhaps this is the driving force behind Frances’ chosen profession of Extension educator — so she could give to the people of Madison County.

Frances Hutchinson, born June 1, 1931, was the daughter of Tyler and Elizabeth Hatcher Moore of Sardis, Alabama. The Moores were a good farm-owning family and from her family and her neighbors, Frances learned the value of education. She never forgot her early-learned lessons and worked herself through high school and college until she had earned her master’s degree in 1958 from Alabama A&M University.

Frances’ first full-time position was that of Home Demonstration Agent for the Cooperative Extension Service in Madison County. She was a teacher who enjoyed sharing information. Her duties included providing leadership to the Extension Homemaker Clubs and the local 4-H Clubs, working with civic leaders and other organized groups in promoting programs for better family and community life. She made many friends in the communities of Farley, Farmers’ Capital, Toney, Berkley, and in Huntsville. She was known for her special talents and programs in home furnishings, etiquette, and dining table appointments. Frances had several state winners in her 4-H club program and was a dedicated Extension professional. It was unfortunate that Mrs. Hutchin­son had to take an early disability retirement in 1967 from all work while she was but 36 years old.

However, following her retirement, Frances continued to read avidly and take graduate courses in order to stay professionally alert. She took pride in applying her knowledge and skills in her own home and sharing them with her friends. She also took pride in serving her Lord at the First Mis­sionary Baptist Church in Huntsville.

Mrs. Frances Hutchinson passed away on January 15, 1994. She was an inspiration to all who knew her and will be remembered as a giving and caring person. She is survived by her son, Tyler Butler of Huntsville.

To honor her life, the name of Frances M. Hutchinson is inscribed on the dedicatory plaque of the Extension Memorial Chapel. 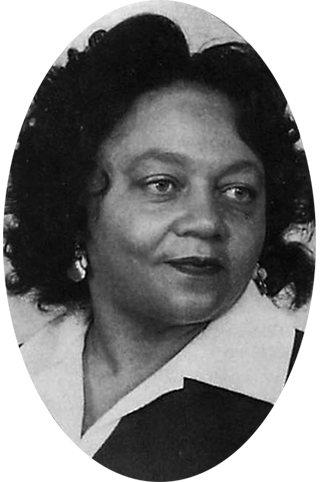