The focus of Frank Britt’s life was not his job with the Exten­sion Service. Second, only to his family, it was his farm in Cof­fee County. Farming was the profession he had always loved, and for it, he was glad to leave his job as assistant county agent in Conecuh County in 1952.

After earning his agriculture degree at Auburn in 1948, Frank joined the Extension Service in Evergreen. After four years, an uncle (“Dutch” Boazman), talked him into getting out of the office and into farming with him on his farm outside Enterprise.

Frank was born to a farming family near Lineville in Clay County and knew just how hard this job of farming was. He mechanized his farm, however, and had one of the singularly most successful operations in Coffee County. He was the recipient of the 1986 Farm of Distinction Award given by the Farm Bureau. He shared the credit for his success with his son Al, who became a partner in 1970.

Frank belonged to many civic, agricultural, and religious organizations and usually not just as a member. Generally, he was a board member, president or another office, chairman, founding father, among other titles. To name a few of those to which he belonged: Alabama Peanut Producers Association, Cof­fee County Farm Bureau, Coffee County Farmers’ Cooperative, Mental Health Board, and Coffee County School Board. Of all his extracurricular activities, he was especially fond of the Young Men’s Sunday School Class at Mt. Pleasant Baptist Church, which he taught for over thirty years.

Frank Britt was a special man who touched the lives of many people. A friend described Frank this way: “He was a steward of nature and the soil. Over the years I’ve observed that, in this man, working the soil was not just an occupation but a way of life.” His love of the land was beyond explanation. And, his love of the Lord and his family was beyond exception.

Frank was survived by his wife Patsy, son Al (Frank, Jr.), and two daughters, Beth and Susan. They will agree with us that the things that meant the most to Frank Britt, besides his farm, were his church, his family, and his friends.

It is our honor to recognize Frank Allen Britt by inscribing his name on the dedicatory plaque of the Extension Memorial Chapel. 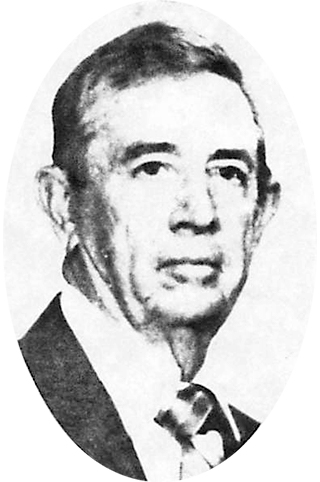