Frank Turner was a man of integrity. Those who knew him knew they could trust his word and his judgment. “He is a per­son of such caliber and such stature that he has meant much to the other agents and coworkers in this district. The high exam­ples that Frank has set have done much to inspire others, especially younger agents as they have come into the service over the years,” said Ralph R. Jones, Extension Director at the time of Mr. Turner’s retirement on May 31, 1974.

Mr. Turner’s retirement was at the end of a successful thirty-six-year career as an Extension agent in Alabama. His first appointment was to Wilcox County on June 1, 1938, as Assistant County Agent in charge of 4-H Club boys. He received his promotion to County Agent in 1942. On Feb­ruary 10, 1944, he was promoted to the County Agent’s position in Baldwin County.

Frank Turner did a lot to promote agriculture in Baldwin County, and he was given much of the credit for its progress during the thirty years of his tenure there. This he attributed to the progressive-minded farmers in the county, farmers who knew they could trust his advice about a new variety, technique, or fertilizer. He had never sent them on misguided or high-risk projects, and they knew that once a procedure was tried and tested through research at Auburn, he would not hesitate to pass it along to them. Frank’s influence and dedication will have long, reaching effects on the people of Baldwin County.

Turner was a native of St. Stephens in Washington County. He graduated from Auburn University with a B.S. degree in agriculture in 1938.

In 1940, Turner married Juanita Whatley. The Turners had three children, Frank Jr., Jane (Nix), and Katherine (McMillan). During Frank’s illness, which eventually caused his death on January 28, 1994, the family was doubly saddened by the sudden death of Mrs. Turner on Decem­ber 10, 1993. The Turners had many friends who will cherish their memories.

In appreciation for his thirty-six years of dedicated service with the Alabama Cooperative Exten­sion Service, the name of Frank C. Turner is inscribed on the dedicatory plaque of the Extension Memorial Chapel. 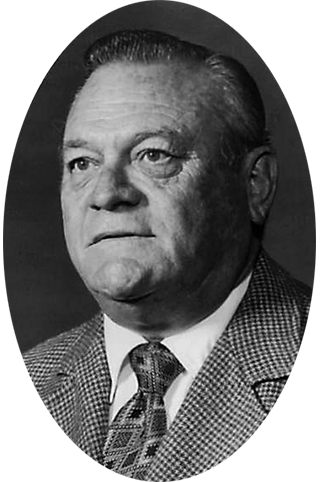