Frank Ewell Boyd left a legacy of service that rivals any other in Alabama. The loyalty, devotion, goodwill, time, and energy he put into his public life set him apart from others. His love of God and commitment to the church, com­munity, and family were traits that followed Frank Boyd wherever he went for 83 years.

Born in Boyds Tank, Alabama, Frank earned his first pay ‘dropping corn.’ At the age of 7, he began school at Shady Dell — a one-room, one-teacher school. Later, he attended a private school in Lafayette, Union School near Marcoot, and high school in Lafayette. From 1911 to 1915, Frank was a student at Auburn University, where he received his B.S. and M.S. degrees in Agricultural Sciences. An outstanding student, Frank was a member of Phi Kappa Phi and Gamma Sigma Delta. In 1916, he was one of three teachers in the newly organized Department of Agronomy and Soils at Auburn. Having had military experience in the Auburn National Guard and the AU Cadet Corps, Frank entered Officers Training Camp in 1917 in preparation for service in WWI. As a 2nd Lt. in the U.S. Army, he saw action in France through Armistice Day. Upon returning to the states as 1st Lt., Frank consid­ered making the military his career but decided otherwise.

In 1920, Frank Boyd was appointed State Extension Agronomist. He held that post for 6 years until he went to work with the Chilean Nitrate Educational Bureau. His job there as an agronomist lasted from 1926 to 1942 and required him to live in several Southeastern states. By 1942, Frank had joined the Virginia-Carolina Chemical Corporation as a southern agronomist with headquarters in Montgomery. After “preaching soil fertility with evangelistic zeal” all his career, Frank Boyd retired in 1964 at the age of 73.

When he began his work, most farmers were isolated, largely uneducated, and justly suspicious of strangers bringing new ideas. Frank saw this as a challenge for him to show the importance of fertilizer in increasing crop yield, thereby raising the standard of living for residents of rural Alabama. Frank Boyd possessed a great talent for communicating. He was a master of devising simple means of illustrating ag principles that could be equally understood by learned or unlettered audiences. His lectures were entertaining as well as informative, and his audiences loved them. His nature was mild even in the face of opposition by stubborn farmers. He treated everyone with kindness, always forgiving and never harboring ill will. He just kept ‘preaching’ until he won his point over, and perhaps his greatest accom­plishment was the successful promotion of soil testing throughout the state.

Through the years, Frank Boyd found time to serve as President of the National AU Alumni Association, the Mont­gomery Sales Executives Club, and the Alabama Soil Fertility Society; Alabama District Governor of Kiwanis Inter­national; and deacon, Trinity Presbyterian Church of Montgomery. In 1961, the Progressive Farmer magazine named him “Man of the Year” for Agriculture in Alabama. In 1962, his Alma Mater bestowed on him the Algernon Sidney Sullivan Award for service to his fellowman.

In honor of his life’s work, the name Frank E. Boyd is inscribed on the dedicatory plaque of the Extension Memorial Chapel. 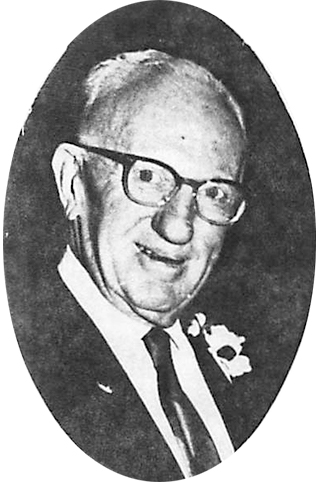