Frank Lain Jackson was an innovative and courageous gentle­man who made his mark on Extension work in Greene County.

Born to the late Mary Barnett Jackson and Lewis Jackson, Sr., on May 5, 1912, in Mt. Sterling, Alabama, Frank was raised in Choctaw County and attended the public schools there. He did his undergraduate studies at Ala­bama A&M University and Tuskegee University. He received the M.S. degree from Tuskegee Uni­versity in 1952. He married Mamie Banks, a Barbour County native, in 1945. After serving his country during World War II in the U.S. Navy, he taught vocational agriculture in Savannah, Georgia, for one year. In 1941, he began a distinguished career with the Extension Service.

He was appointed to the Greene County Extension Office as a county agent and served there for over twenty-nine years. During his tenure, he was instrumental in establishing the West Alabama Beef Show in Demopolis. He also had the first Tuskegee University graduate, Landus Brown, honored at the Farmer’s Conference. His innovative methods were evident in his 4-H program, creating for young 4-H’ers the foundation for future achievement for them and for Extension pro­grams through the years. He always had the top 4-H winners in all areas of competition.

Upon Jackson’s retirement in June 1973, Director Ralph R. Jones commented that Jackson’s record with the Alabama Cooperative Extension Service was outstanding. “I know that the people of Greene County have benefited greatly from your efforts and are sincerely appreciative of what you have done for them.”

Frank Jackson died on June 12, 1993. He is survived by his devoted wife Mamie Lee and their two sons, Frank and Joseph.

To honor his accomplishments in life, the name of Frank L. Jackson is inscribed on the dedicatory plaque of the Extension Memorial Chapel. 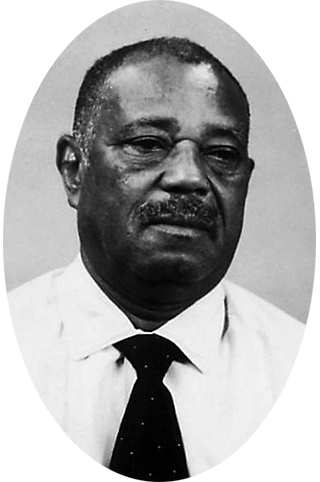