Frank Madison Barnett was born February 24, 1900, in Fitzpatrick, Ala­bama. He graduated from Barnes High School in Montgomery and received his B.S. degree from Auburn University in 1921. After completing his degree, he worked for five years on his father’s estate, married Mary Virginia Smilie, then returned to Auburn for graduate work. On leaving Auburn, he taught vocational agriculture at Wilcox County High School in Camden, Alabama, from 1928 to 1945. At that time, he joined the Alabama Extension Service as Assistant County Agent, and later became the County Extension Agent for Wilcox County, retiring in 1964 after 20 years of service.

Highly respected in the community of Camden, Wilcox County, Alabama, and affectionately known as “Cap” Bar­nett, he had great love and concern for all the people during his years there, but especially for the young people. With resourcefulness and great enthusiasm, he worked almost continuously on one project or another for the benefit of the young people, or for everyone. Shortly after he arrived in Camden as a Vocational Ag teacher, he initiated the clearing and drainage of the undeveloped back half of the Wilcox County High School campus. Over a span of 15 years, with financial and service support from businesses and individuals in the community, he was instrumental in achieving the construction of lighted football, tennis, and baseball-softball fields on the improved portion of the campus. At his retirement, the athletic fields were named “Barnett Field” in his honor.

As county agent, Frank Barnett helped organize the Wilcox County Cattlemen’s Association. With his guidance and advice, the cattle industry in Wilcox came to rank in the top five counties in the state in beef cattle production. Among the other programs promoted by Mr. Barnett were creating better pastures and feed crops for cattle. He is also cred­ited with introducing and establishing Coastal Bermuda grass in the county as a prime grazing and hay crop.

At his retirement celebration, dozens of fellow Extension workers from surrounding counties as well as over 100 cat­tlemen gathered to pay tribute to the “Cap’n.” In heartfelt gratitude, the group presented some very personal gifts to show their affection and appreciation – a fine pair of boots, jacket, shirt, and pipe. In the words of Camden veterinar­ian, Dr. S. R Holliger, Frank Barnett “would get out there physically and work awfully hard showing people how to do a better job raising cattle. Cap’s work is the big reason that the Wilcox beef industry has come so far as it is today.” In his own words, Cap expressed how he felt about his career: “I hate to leave. I hope what little I have done during the past 35 years has made Wilcox County a little better place to live.”

Frank Barnett never stopped serving his community. He organized, directed, and ran a town softball league that became a social focal point for citizens of the surrounding area. He also had a county-wide reputation for cooking barbeque and Brunswick stew for social functions, meetings, and fundraisers. It is altogether fitting to honor the man and his life’s devotion to bettering the lives of his fellow man by inscribing the name Frank M. “Cap” Barnett on the dedicatory plaque of the Extension Memorial Chapel. 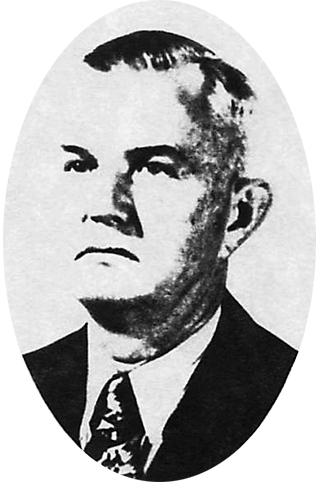