Frank M. Jones planted his soul in the soil of Marengo County, which he served as county agent for over thirty years. He trained the sons of farmers who are now managing farms themselves. Frank was not an eight-hour-a-day man in his thoughts and concerns for the Marengo County farming industry. He was with a group of farmers and friends at the time of his sudden death on May 25, 1968. He loved people, friends, and his work. He was always ready to help and share in other people’s problems.

Even though a county agent’s job was a full day’s work, he still managed to be active in community affairs. He was director of the Alabama Association of County Agricultural Agents, a member and past president of the Linden Rotary Club, a member and deacon of Linden Baptist Church, a member of the Chamber of Commerce, Farm Bureau, and Cattlemen’s Association. Daily farm radio news would inform the farmers of new developments and it was often said that Frank Jones was the spark behind a lot of the progress made in Marengo County and Alabama. His own leadership abilities in his profession, in his church, and in his community were always highly respected and often sought.

Frank gained national recognition in 1952 from the National Association of County Agricultural Agents for a book he wrote on Alabama pastureland. For this, he received the Grassland Improvement Award. In 1953, he received the organization’s Distinguished Service Award. He belonged to Epsilon Sigma Phi, the national Extension Honorary fraternity, and was listed in Outstanding Men of America and Who’s Who in 1968.

He is survived by his wife, Mabel, a son, Dr. Tom M. Jones, an agricultural economist with the Mississippi Cooperative Extension Service, Mississippi State University, and two grandchildren. He was the son of the late Junie Warren and Ibbie Pouncey Jones of Newton, Alabama. Frank graduated from Bob Jones Junior College in 1929 and from Auburn in 1931 and had since done graduate work there.

In recognition of the service be rendered and the success he had, the name of Frank M. Jones is inscribed on the dedicatory plaque of the Extension Memorial Chapel. 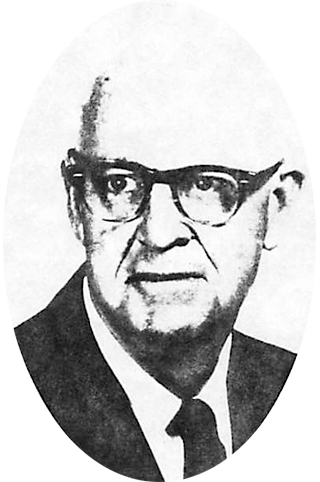