Fred DeWitt “Rob” Robinson was born in Cullman County, Alabama, on June 25, 1921, to William Fred and Ethel Livingston Robinson. He attended Good Hope School (Cullman County) and graduated from Cullman County High School in 1942. He served his country during World War II from 1942 through 1946 in North Africa, Sicily, France, and Germany, attached to the 813 Tank Destroyer Battalion. He was awarded a Bronze Star for Valor, the Purple Heart, a Silver Star, and American Defense Service Medal.

In 1949, he graduated from Auburn University with a degree in Agricultural Science. At Auburn, he was a member and president of Sigma Pi Fraternity. On graduation day, he married his sweetheart Eleanor Baily.

He began his Extension career in 1949 in Cherokee County and moved in 1950 to Lauderdale County. In 1952, he became Assistant Superintendent of Upper Coastal Plain Substation, Winfield, Alabama. Their son, Thomas Arthur Robinson II, was born there in 1952.

He returned to Extension Service in 1953 in Colbert County. In 1963, he was named County Extension chairman, DeKalb County.

He served as Secretary, Treasurer, Vice-Chairman, and President of Alabama County Agricultural Agents Association and helped start the Country Kitchen for County Commissioners. In 1967, he was awarded the National Association of County Agents Distinguished Service Award in Omaha, Nebraska.

In 1978, he was honored with House Resolution 413 by the State House of Alabama for Meritorious Service. After retiring in 1978, he started his Turf Consulting Service. He was an active member of Alabama and the National Golf Course Superintendent Association. He was blessed to play the Old Course at St. Andrews, Scotland, twice and the Augusta National Course, Augusta, Georgia, twice.

He died November 5, 2010, in Fort Payne, Alabama. He is survived by his wife Eleanor and his son Thomas. We are privileged to honor his service to the state and country by placing his name on the dedicatory plaque of the Extension Memorial Chapel. 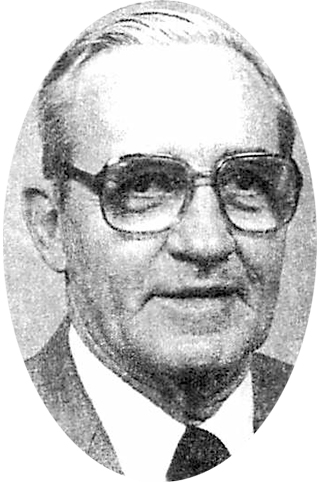