A leading figure in the development of Auburn University’s extension programs and a man who provided dynamic and visionary leadership during a 16-year tenure as an Alabama Cooperative Extension Service administrator during the times of profound agricultural change, Dr. Fred Robertson’s actions continue to have a positive impact on agriculture in Alabama and nationwide. Dr. Robertson could see sooner than most the impending problems and opportunities during the turbulent times of the ’60s — and, as an action-oriented leader with the courage of his conviction, did whatever it took to get the job done.

He was born in Ledford, Kentucky on November 24, 1914, but grew up in Union City, Tennessee, where his father operated a grocery store. He graduated in 1934 from Dixie High School and went on to attend the University of Tennessee, where he earned a Bachelor’s degree in agriculture.

Dr. Robertson then went to work as an Assistant Extension Agent in Tennessee before entering the Navy in 1943, where he fought in the Pacific and attained the rank of Lieutenant, Senior Grade. In 1948, he became an agricultural economist with the Tennessee Valley Authority and received a master’s degree in agriculture from the University of Tennessee. Seven years later, he became a professor of agriculture at Penn State University. He later earned a doctorate in Public Administration from Harvard University.

In 1959, Dr. Robertson came to Auburn to assume the post of Assistant Director of Alabama Cooperative Extension Service. In 1962, he became Extension’s director, a position he held through 1971. In 1966, Dr. Robertson became Auburn University’s Vice President of Extension and remained in that capacity until 1978. Following his Extension career, he returned to the classroom at AU, teaching political science. In 1970, he was named the Man of the Year by Progressive Farmer magazine for his work in advancing agriculture in Alabama.

Dr. Robertson’s work with Extension included the development of soybeans and catfish as cash crops, as well as many nutritional environmental and rural-based programs. He helped establish the Alabama Pesticide Laboratory and led a campaign that raised $1 million for 4-H education. Those funds were used in the late ’70s to build the nation’s finest 4-H Center.

He served on the boards of various professional organizations and was inducted in 1996 into the Alabama Agricultural Hall of Honor. In the civic realm, Dr. Robertson was a member of Auburn United Methodist Church as well as Kiwanis, and a 32nd degree Mason.

Dr. Robertson died on March 13, 1998. He is survived by his wife, Martha of Auburn; one son, Fred R. Robertson, III, of Greenwood, South Carolina; two grandchildren; and one sister.

The Alabama chapter of Epsilon Sigma Phi is proud to pay tribute to one of Extension’s finest directors. The name Fred R. Robertson, Jr. is inscribed on the dedicatory plaque of the Extension Memorial Chapel. 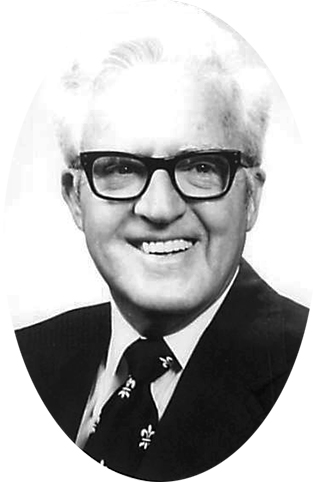