French Sconyers began his Extension career in 1947 as an Extension Agent in Pickens County. Five years later, he began an illustrious thirty-year tenure in Tuscaloosa County. He was a faithful servant to Extension, helping thousands of people in all facets of Extension. He appreciated others and was quick to build personal relationships with individuals, especially farmers. His major responsibility was in assisting livestock producers, and he particularly enjoyed working with 4-H’ers as they displayed their animals at area livestock shows.

French went to Tuscaloosa County when there was a “new breed” in cattle farming. It was not so much the kinds of cattle that were being grown, but rather the young men who had returned from military service in World War II and had gone into agriculture. He was very active with the Alabama Cattlemen’s Association for many years and was recognized by their state office in 1975. He was always ready and willing to help those in need with words of encouragement or to teach a skill. He was well respected everywhere he went.

A devoted husband to his beloved wife Lucille, whom he married on February 22, 1942, French cared for her during her illness, performing the daily cleaning and keeping of the house. He was a good neighbor, assisting others with chores and small repairs as needed. He was known as an early riser, greeting those who were out walking early in the morning as he was picking up twigs or manicuring his beautiful lawn, which he was also well-known for. His yard work brought him enjoyment, even when his health should have kept him inside. He especially loved tending the special plants he had rooted from his mother’s garden. He was also talented in cooking some of the best-ever fried catfish in the South. He was an independent man who lived by his routines. He was orderly and took care of details. When someone came to his door to visit, he would always smile and say, “Come into this kitchen.” French loved the simple life, good friends, good neighbors, and pretty yards. He was blessed with them all.

French Sconyers retired on May 31, 1980. He passed away on April 21, 2000, at the age of 83, in Dothan. He was preceded in death by his wife, Lucille Counts Sconyers. Survivors include sisters Mildred Payne and Dr. Betty Phillips of Mobile; brothers Jack Sconyers and Frank Sconyers, Dothan; and Dr. Max Sconyers of Vero Beach, Florida.

We are honored to place the name of French Sconyers on the dedicatory plaque of the Extension Memorial Chapel. 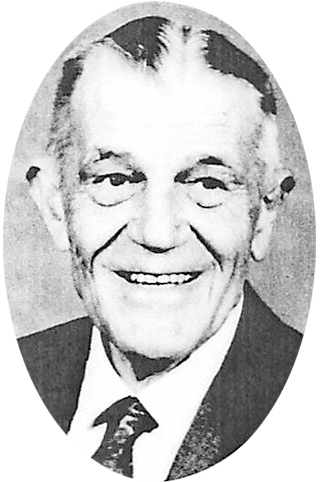