Geoffrey Phillips was born in Smut Eye, Alabama, and grew up on a South Alabama farm. He attended Auburn University and received a degree in Animal Husbandry in 1927. This was the beginning of a 43-year profes­sional career of dedicated service to the pork producers and others through­out Alabama. G. B. Phillips became widely known and highly respected not just in Alabama but nationwide.

After graduating from Auburn, he served as County Agent in Randolph, Lauderdale, and Limestone counties for 20 years. In recognition of his accomplishments as a county agent, he was placed on the Auburn University Extension Service staff as the first Animal Industry Specialist in pork production and assigned responsibility for the Alabama swine improvement programs.

G. B. Phillips authored numerous Extension Service publications in his field and contributed numerous articles to state and national magazines. His publications have been used routinely and extensively by animal industry special­ists in other states.

In addition to sharing his extensive knowledge, Mr. Phillips was very active within the field. Through his efforts, a number of programs and projects were initiated. In 1949, he organized the Alabama State Fair Hog Show and served as its superintendent for many years.

In 1951, G. B. Phillips, in cooperation with Dr. R. S. Sugg, Dean of the School of Veterinary Medicine, initiated a program making Alabama the first state to outlaw the sale or use of live virus in hog cholera eradication programs. In cooperation with the State Veterinarian, he initiated a program of validated brucellosis-free purebred swine herds and was responsible for the educational work in activating this program on a state-wide basis. In 1964, he began the first purebred barrow show sponsored by the Auburn Extension-Research Animal Science Department in which 19 of 20 top-place barrows qualified for certification — illustrating the progress made in pork production.

Mr. Phillips was especially proud of his selection to head up the 4-H Friendship trip to Korea in 1956 and to partici­pate in one of the first “people to people” goodwill tours to England and Denmark and behind the iron curtain to Rus­sia in 1957 to study pork production. G. B. Phillips held positions as vice-chairman, secretary, and then chairman of the Extension Committee of the American Society of Animal Science and, as chairman of the Program Committee, helped plan the program for the 1964 annual meeting of the Society to commemorate the 50th anniversary of the Cooperative Extension Service.

Upon retirement from the Extension Service in 1965, he joined the staff of the Alabama Farm Bureau Federation, where he helped to set up a state-wide pork promotion program.

In tribute to his outstanding contributions, the name Geoffrey B. Phillips is inscribed on the dedicatory plaque of the Extension Memorial Chapel. 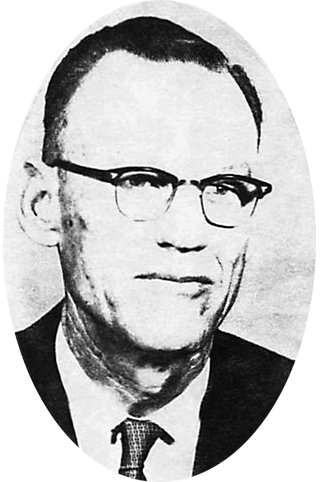