Elbert Williams was an asset to the Alabama Cooperative Extension Ser­vice. His thirty years in the organization represented a constant, tireless effort on behalf of the people of Alabama. His work was appreciated as was evident in the many awards he received from various state organiza­tions, as well as his coworkers. He loved Extension, and Extension loved him.

Gerthen Elbert Williams, Jr., was born and raised in Selma, Alabama, attending and graduating from A.G. Par­rish High School in 1954. He then attended Auburn University, graduating with honors in 1958 with an under­graduate degree in Agronomy and Soils. He was to later return for a master’s degree in Adult Education.

The year 1958 proved to be a busy one for young Elbert. He began a position with the Soil Conservation Service as a soil scientist that January graduated from Auburn in June, and married Miss Miriam Day in September.

Extension Director E.T. York hired Elbert in 1960 and sent him to Evergreen as an Extension farm agent. It soon became apparent that Elbert and Extension were made for each other. His reputation as a bright up-and-coming agent with a penchant for excellence and hard work did not escape Bob Chesnutt, head of the Information Ser­vices unit at Auburn. So it was no surprise that the Williams family – in 1967 – found itself headed to Auburn and Elbert’s career as visuals specialist had begun. He was later promoted to a Coordinator’s position within the unit.

During his 24-year career in the Extension Information office, county agents and state specialists alike could cite any number of personal experiences that would demonstrate his caring and concern and support, his patience and understanding, his unpretentious and uncommon wisdom, and intellect. All of which just seemed to come naturally to Elbert.

Whether it was preparing one of his Tennessee Walking horses for a show, fishing for bass at Lake Ogletree, or heading out to Gulf Shores for a mini-vacation in his RV, Elbert never lost his zest for life nor an appreciation for his family, his co-workers, and his church, Parkway Baptist in Auburn, where he was a deacon and church treasurer and held many other positions of leadership.

Gerthen Elbert Williams, Jr., died August 31, 1991, at the age of 55 – two months after retiring from the Ala­bama Cooperative Extension Service. In addition to Miriam, survivors include a son, Mark; daughter-in-law, Kim; and two grandchildren, Nikki and Joshua; his mother, Mrs. Thelma Williams; a sister, Emmagene Dodd; and a brother, George Williams.

To honor this special man, we are proud to inscribe his name on the dedicatory plaque of the Extension Memo­rial Chapel. 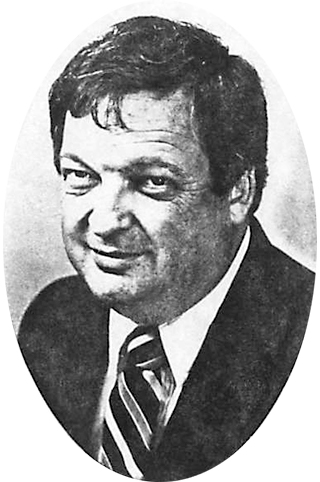