Gene Ragan has been referred to as an icon, a legend, and the Voice of Agriculture, but in his heart, he is a 4-H’er.

Ragan began his farm broadcasting career in radio in 1953. His “Gene Ragan Show” was a staple of the Wiregrass on WTVY-TV from 1958 until his final show in 1998. In the early years, Ragan also broadcast farm television shows on Albany and Tallahassee stations.

Ragan was inducted into the National Association of Farm Broadcasters Hall of Fame. NAFB historian Dix Harper noted that Ragan’s 40-plus year farm television show is believed to be the longest on a single station in the nation.

He is the recipient of more than 70 honors and awards, including a tribute, read into the Congressional Record by Alabama Congressman Terry Everett in 1997, following Ragan’s selection by Progressive Farmer magazine as its Man of the Year in Alabama Agriculture. 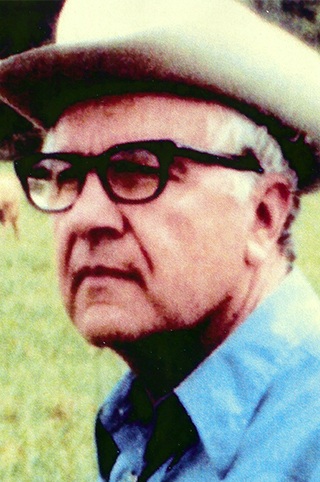