Gene Scott Sessions was born on February 18, 1926, to George and Mittie Sessions in Camp Hill, Alabama, and went to school at Ridge Grove and Milltown. He grew up on the family farm, which instilled a love for agriculture that became the basis of his higher education and his career.

In 1944, he joined the Army and did his basic training at Fort Riley, Kansas, and was a member of the last horse-mounted cavalry unit of WWII. He spent two years and 6 months in the Army and received the Asiatic-Pacific Service medal and 3 bronze stars for his service in Burma (now Myanmar), China, and India.

After the military, he went to Auburn University and graduated in early 1955 with a degree in Agricultural Education. He later received his Master’s degree from Auburn in 1961. He married Miss Effie Mae Butts in 1947, and they had 3 children, Ronnie, Karen, and Steve.

Mr. Sessions began his Extension career in 1955 as an assistant county agent in Covington County. In 1959, he transferred to Pike County and in 1961 moved to Coosa County with a promotion to County Agent. He was there for twenty years. While in Coosa County, he received many service awards, including the Distinguished Service Award from the National Association of County Agents. An enjoyable responsibility was working with 4-H children. He had many members who won local, state, and national level awards.

He was also very active in the rural community development in Coosa County. Through his leadership, the citizens recognized community improvements, economic improvements, and home improvements. For his efforts, he received the Community Improvement Award from the local Chamber of Commerce for his leadership. They also acknowledged his programs which led to farm improvements with hogs, beef cattle, poultry, and feeder-pigs.

After his retirement in May 1983, he stayed very active on his Coosa County farm. He enjoyed sharing his garden vegetables with family and neighbors, and he especially enjoyed it when they would come and relax out at the catfish pond. He later got his real estate license and worked part-time for several different real estate companies which listed farmland. He was a member of the Rockford Baptist Church and the Rockford Lions Club.

Mr. Gene Sessions died November 10, 2010, at the Bill Nichols VA Home in Alex City. For his dedication to improving the lives of others, the name of Gene Scott Sessions is placed on the dedicatory plaque of the Extension Memorial Chapel. 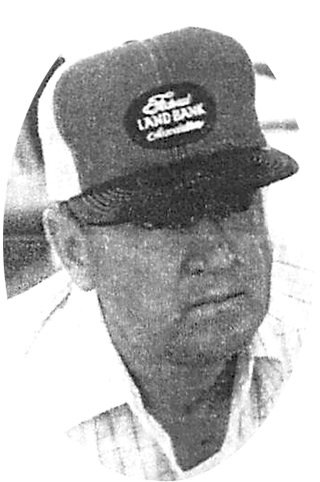