Genta Sharp Speakman was born in Birmingham on December 20, 1937. After graduation from Ramsey High School, she enrolled at Alabama Polytechnic Institute and received a Bachelor of Science in 1960 as a part of the first graduating class of Auburn University.

Upon college graduation, Mrs. Speakman worked for the Alabama Cooperative Extension System as an Assistant County Agent in Etowah County. After marriage, she taught school in Calhoun County and later in Illinois.

In 1965, Mrs. Speakman returned to Auburn University, where she earned a Master’s Degree and was inducted into Phi Kappa Phi. She began working for the Alabama Cooperative Extension System as an Extension Home Environment specialist, developing educational materials and conducting programming in the areas of home equipment, energy conservation, water quality, and other topics. In 1983 she earned an Educational Specialist Degree from Auburn University and later became a District Extension Agent in Selma and in Auburn.

Mrs. Speakman considered her highest calling to be raising her two sons, Michael and Steven, and instilled in them Christian faith and the importance of education, hard work, determination, and a good attitude. She was devoted to her children and grandchildren and loved to travel with them as part of their education.

Mrs. Speakman retired in 1999 and was given the honor of full professor emeritus by Auburn University.

During retirement, she enjoyed traveling and volunteering her time at Women’s Hope Medical Clinic and at her son’s law firm. A dedicated member of Lakeview Baptist Church for 47 years, she served in many areas of church life, including teaching, singing in the choir, and participating in Senior Saints.

For her dedication to improving the lives of others, Epsilon Sigma Phi places the name of Genta S. Speakman on the dedicatory plaque of the Extension Memorial Chapel. 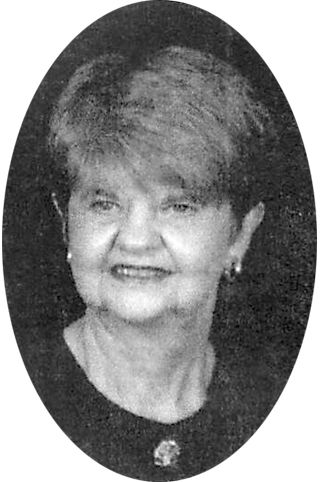