George Alexander Peasant showed an interest in agriculture at an early age with lessons learned through the local county 4-H program. His continuing interest in agriculture spurred him on through college, and he earned a Bachelor’s degree in agricultural education from Tuskegee Institute in 1938 and a Master’s from Virginia State College in 1952. After college, he became a vocational agriculture teacher and taught in Alabama, Georgia, and Maryland.

Mr. Peasant became a county agent for the Alabama Cooperative Extension Service in 1950, and his first county to serve was Talladega. He became the County Agent-Coordinator for Clay County in 1972 and then retired from Extension in 1979.

As CAC in Clay County, he was involved in agriculture, home economics, rural resource development, and 4-H programs. He helped the county extension council develop an annual plan of work, and he worked with commodity groups in planning programs and carrying out recommended practices. He helped develop Impact ’80, the long-range county plan. He was secretary of the rural development committee and conducted a rural development tour to Marion, AL, to help a group of citizens from Lineville learn how to attract industry to their town. The high point of his career was a 1978 People-to­-People agricultural trip to Europe, including visits to Switzerland, Italy, Finland, France, and the Soviet Union.

George Peasant left a good impression. Mrs. Wanda Jurriaans, current coordinator for the Talledega County Extension office says, “Mr. Peasant enjoyed his work and he loved his family. He was a man of few words, a deep thinker, a good planner, and a good team player. He took pride in his work and helped to improve the quality of life for many youth and adults throughout our county. He believed in a good work ethic and he exemplified this when working particularly with youth. Even though he was quiet in manner, he also exhibited a good sense of humor. Men and women who were youth some years ago still mention the influence he had on their lives.”

Another thing that stood out about Mr. Peasant was his loyalty and love for Tuskegee University. He worked tirelessly through the years to pay back the institution he loved dearly, consistently looking for students and finding ways to help them become part of the Tuskegee University family.

Mr. Peasant passed away in 2006 at the age of 93. His survivors include his sweetheart wife of 56 years, Emma Burke Peasant, and their three children George, Jr., John, and Gloria, seven grandchildren, and four great-grandchildren. Quoting his pastor, Dr. Horace Patterson, “Mr. Peasant was well known and respected in his community and lived a life that will continue to bear fruit long after we’ve said farewell.” To honor his life of making this world better for others, the name of George A. Peasant is inscribed on the dedicatory plaque of the Extension Memorial Chapel. 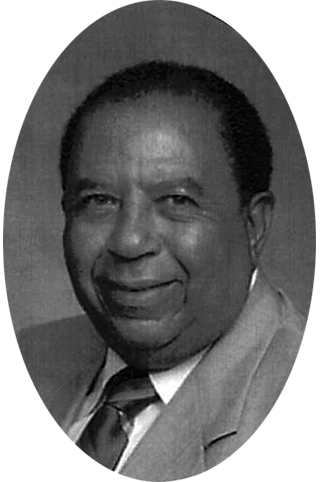