Said to be the best 4-H agent in the state during his tenure, George D.H. McMillan* had a heart for education and youth.

As a 4-H agent in Butler County, he is credited with successfully starting many crucial agricultural programs for youngsters, including the Purebred Jersey Heifer program, the Purebred Duroc Pig Chain program, and the 4-H Poultry Chain. In these programs, each child was given an animal to care for and its offspring were given to other 4-H’ers. These 4-H’ers learned how to care for the animal and helped another 4-H’er be successful while bringing revenue to their family. 4-H’ers also learned about show ring competition.

It has been said that McMillan was happiest when he was working to improve Butler County 4-H. Each year, McMillan made sure the county winning 4-H’ers were recognized at a county 4-H rally. The 4-H Rally in Butler County was held at the Ritz Theatre, where students were treated to a free movie followed by a march to Beeland Park. The county’s governmental leaders often attended this event to salute the success of county 4-H’ers. It was the highlight of the year for many 4-H’ers.

McMillan served as a 4-H agent for 13 years in Butler County and three more in helping and training other 4-H agents.

He continued his Extension career in Dothan, and later became a district agent in the state office. 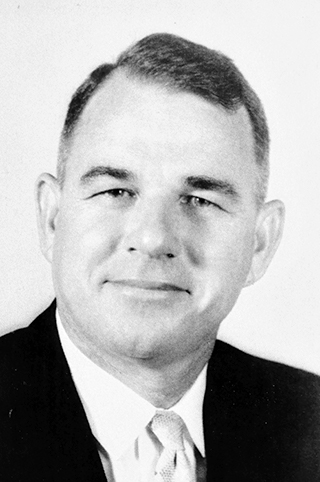