George Duncan Hastie McMillan was the youngest of four boys raised by their mother on a small family farm in Stockton, Alabama, during the depths of the Great Depression. His father, Malcolm McMillan, passed away before he was born.

Mr. McMillan graduated from Auburn in 1942 with a degree in Agriculture and went on to work with the Auburn University Extension Service for over 30 years. After serving as County Agent in Butler and Houston Counties, Mr. McMillan and his family moved to Auburn in 1961, when he was named Extension District Director for 16 North Alabama counties.

Repeatedly, those who came into contact with Mr. McMillan commented that they left feeling better about themselves and their circumstances after talking with him. He has been described as a leader, a peacemaker, a fountain of wisdom, and a man who gave his undivided attention to whomever he was talking to.

In addition to his long career with Cooperative Extension, Mr. McMillan was involved in many other activities. He served six years on the Auburn Water Board, one term on the Auburn Athletic Advisory Committee, and as a Deacon and Sunday school teacher at First Baptist Church of Auburn. He somehow found time to work as one of the organizers of Auburn Bank and Trust and served as Co-Chair of the bank’s board of directors for the entire time it was known as Auburn Bank and Trust.

In 2009, Mr. McMillan was inducted into The Alabama 4-H Wall of Fame. In fact, working with 4-H youth was one of the highlights of his career. His whole life was spent “making the best better.”

After retirement, Mr. McMillan spent his time developing real estate in and around Auburn and even served as president of the local chapter of the National Association of Retired Federal Employees at age 86.

Because of the significant impact, George McMillan had on the lives of Alabama youth and adults, Epsilon Sigma Phi proudly places his name on the dedicatory plaque at the Extension Memorial Chapel. 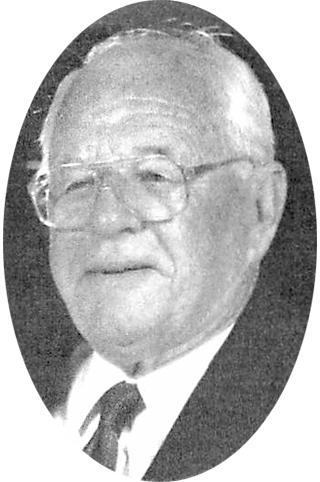