George Lumpkin’s life began on January 13, 1895. He was born in Alexandria, Alabama, where he grew up on a farm. As a youngster, George attended the 7th District Agricultural School in Albertville, Alabama.

When it was time to choose a college, the lure of Auburn won over other schools, prima­rily because of its offerings in agriculture. Since early in life, George had wanted to pursue his interest in farm methods and issues. The years he spent at Auburn resulted in his gain­ing a B.S. degree.

By the mid-1920s, George Lumpkin had joined the Alabama Cooperative Extension as the third county agent in Cherokee County. His service was noted for the keen leadership abilities he needed to organize rural farmers. Through his efforts, many effective Exten­sion programs were initiated.

After his years in Cherokee County, George Lumpkin completed his work career with the Virginia-Carolina Chemical Corporation. In the capacities of county agent and corporate manager, he was known both as a visionary and business leader.

For his years of service and the accomplishments he accrued, the name George Lumpkin is inscribed on the dedicatory plaque of the Extension Memorial Chapel. 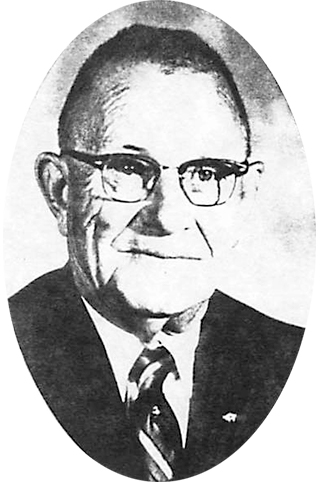