George Young was born on September 15, 1945, in Springfield, Illinois. His parents, F. Lee Roy and Earlene K. Young raised him and two brothers on their farm near Auburn, Illinois. The family farm sustained generations of Youngs. George was awarded both his Bachelors (1968) and Masters (1974) Degrees from the University of Illinois, Urbana-Champaign. He was appointed to the U.S. Naval Academy, Annapolis, as a midshipman in June 1965, and received an honorable discharge from the U.S. Naval Reserve in June 1971.

In 1968, George was hired by the Illinois Cooperative Extension Service and the University of Illinois as an Extension Adviser in Will County, Illinois. Over the next six years, he worked his way up to the position of Multi-County Extension Adviser. Often George found himself encouraging farmers to join their Farm Business-Farm Management Association so they would have the records they needed in decision-making. When the area association was already at its capacity and not accepting any new members, Extension asked George to start another association. George started the new association and ran it successfully for 3 years.

During this time, farmers in north Alabama realized they needed a farm analysis association. Charles Maddox, then head of Extension Ag Economics, learned of George and tempted him to come to Alabama to design such an association. This investment turned out to be a mighty good one for Alabama because once George realized the impact he could have here, he agreed to leave his native Illinois. With what some would call a “missionary zeal,” George convinced farmers in other parts of the state to start three additional associations within five years. In 1984, George was named the state’s Farm Analysis Coordinator.

George had a fulfilling career as an agricultural economist, and he touched many lives throughout the state, the country, and the world. He earned a full professorship at Auburn University. In 1995, George became Coordinator of International Programs for Extension. He led many international Ag Study Tours and also taught Western farming principles in numerous countries. His career culminated with the 2004 Superior Service Distinguished Career Award.

George died unexpectedly on December 19, 2004, just three months before he had planned to retire. He is survived by his cherished best friend and wife Ilga and three loving daughters, Amy, Sara, and Debra.

Epsilon Sigma Phi is honored to show its appreciation to George J. Young for his 37 years of service to Extension by inscribing his name on the dedicatory plaque of the Extension Memorial Chapel. 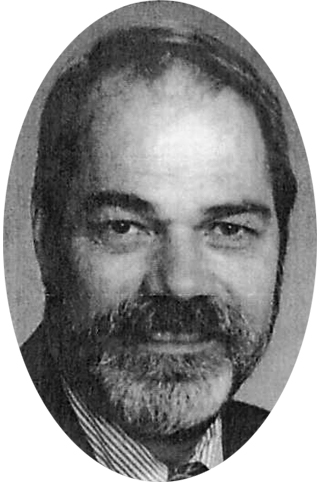