George Washington Jackson, Jr., was born December 31, 1913, in Millbrook, Alabama. He grew up on the farm in Millbrook and attended high school at Elmore County Training School, where he earned his diploma in 1937.

The next year, Mr. Jackson entered Alabama College at Normal, Alabama, and majored in Agri­cultural education. While at A&M, this diligent student worked on the school farm throughout his college years.

In 1942, Jackson joined the U.S. Navy and served three years during World War II. After his dis­charge from the Navy in 1945, he taught veterans in a Vocational Education Inservice Training Program for two years. When the program ended, George took on a construction job building and remodeling houses.

George Jackson always had the desire to complete his college education, so in 1952 he entered Tuskegee Institute. It took only two years for him to earn enough credits for his B.S. degree in agriculture. During the years 1955 through 1957, Mr. Jackson taught Vocational Agriculture in Crenshaw County at Luverne, Alabama. He then transferred back to his home area to teach at Elmore County Training School. He also resumed his construction job.

Never satisfied with his level of knowledge, George Jackson returned to Tuskegee Institute to pur­sue a Master’s degree. In 1963, he added that degree to his titles. Three years later, Mr. Jackson joined the Alabama Cooperative Extension Service as Farm Agent in Conecuh County at Ever­green, Alabama. For six years, he gave his all to helping farm families through Extension pro­grams and projects in Conecuh County. Then, in 1972, he returned to Elmore County as Farm Agent and served there until he retired in 1979.

As an Extension worker, he enjoyed a most congenial relationship with coworkers and clientele alike. He had an outstanding vegetable program in Elmore County and his annual spring vegeta­ble news releases were eagerly awaited by Elmore County gardeners.

In recognition of his contributions to Extension and the lives of those he helped, the name George W. Jackson is inscribed on the dedicatory plaque of the Extension Memorial Chapel. 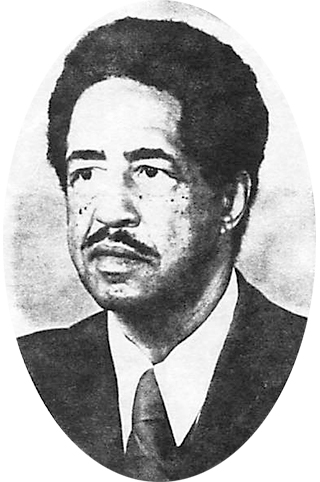