Glenn Boyd Handley was born March 6, 1924, in Camp Hill, Alabama, in Tallapoosa County. He finished high school in Camp Hill and received a B.S. degree in agricultural science in 1948 from Auburn University. His Extension career began after graduation as an assistant county agent in Crenshaw County, working primarily with 4-H Club youth. He also worked with adults in the agricultural field. Top priorities in 4-H were public speaking, swine, beef, and peanut production, as well as tractor driving. The county 4-H youth were awarded numerous county and district awards in these fields, producing eight state winners and one national winner.

It is nice to receive thanks from your clientele. In 1979, upon his retirement, the Crenshaw County Commission expressed to Mr. Handley “their gratitude and appreciation for his effective work with the boys and girls of the county involved in 4-H Club activities.” Each member commended him for his excellent performance and the dedicated service of his duties through the years of his work. In the community, he received the Distinguished Service Award for his work with the Alabama Society for Crippled Children, for which he also served for many years as co-chairman.

It is also nice to receive recognition from your peers. In 1974, Mr. Handley received both the state and national Distinguished Service awards from the County Agents’ associations. In 1975, he was the recipient of the Farm Agent 4-H Recognition Award.

Glenn was a long-time active member and Deacon of the First Baptist Church in Luverne. He was a charter member of the Luverne Rotary Club and served as its president in 1958.

“Glenn loved 4-H and believed in the values we teach in Extension. A lot of people in Crenshaw County and the state remember him very fondly. I would hope that I could positively touch as many lives as he did and do it with such wisdom, wit, and levelheaded thinking as Glenn Handley,” said friend and coworker Gayle White.

Glenn Handley loved Auburn as much as anyone could. He and Mary, his wife of almost 60 years, attended every football game at home and away for many years. In addition to his wife Mary, Glenn leaves a son Boyd. Sadly, Glenn was preceded in death by his second son Nix. His family will say “War Eagle” as his name is placed on the dedicatory plaque of the Extension Memorial Chapel. 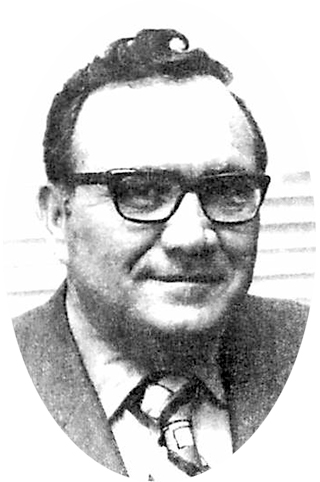