Gloria McKay was born in 1925 in the Clay County town of Hollins. After attending Montreat College in North Carolina, she transferred to Auburn University and received her B.S. degree in 1946. While still a student, Gloria began her Exten­sion career as an assistant demonstration agent for Houston County. In 1946, she was appointed assistant home demonstration agent in Covington County. After a short stay there she moved to Tallapoosa County, where she worked until her untimely death.

Miss McKay showed outstanding potential as a student and then as a novice agent. It was a great loss when she became ill and died at the age of 23. A promising career was ended as the young life faded.

A coworker described Gloria as a sweet person, always kind and thoughtful. All those who knew her and worked with her were enriched by the wealth of knowledge, the generous spirit, and devo­tion she always exhibited.

In tribute to the many accomplishments of her brief life, the name of Gloria McKay is inscribed on the dedicatory plaque of the Extension Memorial Chapel. 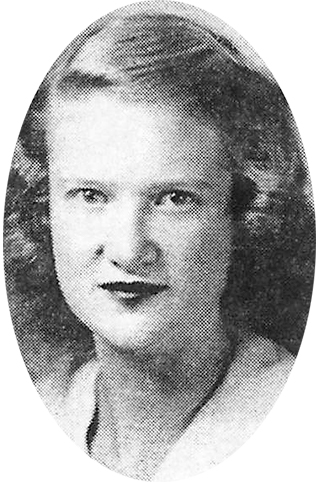