Goode Nelson served Calhoun County well, working for 38 years there as an Extension agent before his retirement in 1976. He passed away on June 23, 1982, at the age of 75.

Mr. Nelson was born on October 27, 1906, in Millerville and grew up in Clay County. He attended the University of Alabama and received an A.B. degree in 1929.

After 15 years as a teacher and principal in four different high schools, Mr. Nelson joined Exten­sion in 1945 as an emergency farm labor assistant for Clay County. He left Extension for a brief time in 1947 but returned in 1948 as assistant county agent in Calhoun County, where he remained until his retirement.

While in Calhoun County, he worked closely with dairymen in the DHIA program and with the 4-H dairy program. During his first 10 years there, Mr. Nelson was instrumental in establishing 95 Grade A dairies. Later he organized the Coosa Valley DHIA program. This organization eventu­ally covered 10 Northeast Alabama counties and became the largest DHIA program in Alabama.

Goode was a person with high ethical standards of conduct in his dealings with all people. He never failed to help a person when called upon. His greatest joy came when he gave a person information, which, when applied, resulted in a higher standard of living for the family.

Active in community and church projects, Mr. Nelson often took leadership positions. His suc­cess was appreciated by members and citizens alike. He was a lifelong Baptist and was a deacon at Parker Memorial Baptist Church in Anniston.

As a lasting tribute to this man and his life’s work, the name of Goode Nelson is inscribed on the dedicatory plaque of the Extension Memorial Chapel. 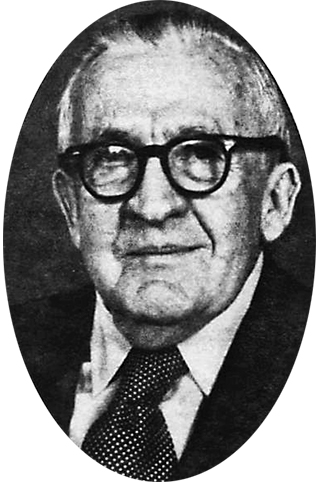