Mr. Grady M. Wakefield is a native of Haleyville and a graduate of Auburn University, where he received both B.S. and M.S. degrees in agriculture education. He served in the Air Force during the Korean War. After serving as an elementary school principal in Winston County for three years, he was hired as an Assistant County Agent in Pike County and became County Agent Coordinator in Randolph County in 1965.

He served on the board of directors for the Auburn University Agricultural Alumni Association, Phi Delta Kappa, and Gamma Sigma Delta national agricultural honorary fraternity.

In 1982, Wakefield was promoted to District Coordinator for the Northeast Region and moved to Decatur, AL where he worked until he retired. After his retirement, the Wakefields returned to Wedowee where he was an active member of the First Baptist Church, the Kiwanis Club, and other community organizations.

He is survived by his wife Ruth, of Wedowee, his daughter Deborah and two grandchildren Justin Daniel and Brian Joseph of Florida.

The editor of the local newspaper, The Randolph Leader, had these editorial comments about Grady Wakefield after his promotion to District Coordinator. “Some people are appreciated most after they are gone. This may have been true of Grady Wakefield, but only partly so. The residents of Randolph County knew there would be pockets of emptiness across the county when he left. After he left for broader, if not greener fields his absence was felt almost as much as his presence had been. Grady Wakefield, thank you for coming our way, for being part of our life, and for leaving us better than you found us.”

The Alpha Pi Chapter of Epsilon Sigma Phi honors and remembers Mr. Grady M. Wakefield by placing his name on the dedicatory plaque of the Memorial Chapel. 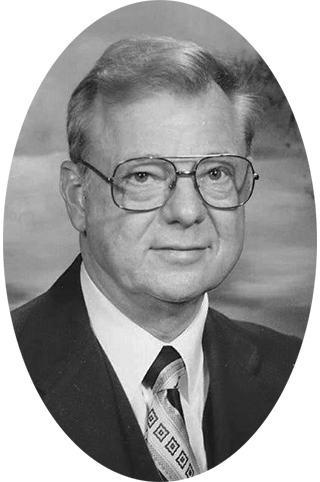