Grady Wesley Taylor was the fourth of six children born to Americus and Estella McCracken Taylor of Mt. Andrew, Alabama. He gradu­ated from Bullock County Training School in Union Springs, Ala­bama, and continued his education by attending Tuskegee University, from which he received the Bachelor of Science Degree in agriculture in 1938.

Grady Taylor was keenly aware of the importance of additional education. He later received the Master of Science and Doctor of Philosophy Degrees from the University of Wisconsin in Madison, Wisconsin. He was married to Miss Olivia Scott in 1943, and this union was blessed with a son, Michael Wesley.

Dr. Taylor enjoyed a full career in the world of work. He served as Vocational Agriculture Teacher, Mor­gan County Training School in Hartselle, Alabama, from 1938 until 1946. He served as Extension Agent in Jefferson County, Birmingham, from 1947 until 1949, when he moved to Extension headquarters in Tuskegee, remaining there until his retirement.

Taylor loved rural people and rural life, and Extension afforded him an opportunity to provide leadership, time, energy, and a deeper commitment toward solving the many problems that he saw in rural America. To his agents and coworkers, he was a trusted friend that gave his very best to the job and expected the same in return.

After retirement from the Extension Service, Taylor served as Head, Department of Vocational and Techni­cal Education, Director of several training programs, and Dean, School of Education at Tuskegee Univer­sity, from which he retired in 1983. His professional, civic, and community affiliations were many, including life member, Tuskegee Civic Association; President, Tuskegee Optimist Club; Grand Treasurer, Alabama Grand Lodge; Chairman, Thirty-Third Degree Club. At the time of his death, he was serving as a member of the Board of Registrars in Macon County.

As a lasting tribute to this man and his life’s work, the name of Grady Wesley Taylor is inscribed on the dedicatory plaque of the Extension Memorial Chapel. 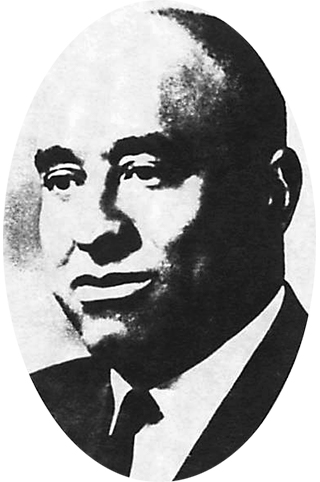