“Coach, I need help!” Gwinn Ezell was often called coach by his 4-H members as he came to Extension as a former science teacher and coach. And coaching is what he did best.

He was appointed as a 4-H agent in Hale County in 1962 and began his career of mentorship to the young men in Hale County, teaching life lessons of citizenship and leadership. Those young men excelled in public speaking and parliamentary procedure. They were recognized as being great youth.

Ezell was promoted to county agent coordinator in 1981 and served in that position until his retirement in 1990. He continued to work as the coach of Hale County within Extension.

He received an outstanding service certificate in 1993 from the Hale County board of education and in 2008 was inducted into the Alabama 4-H Wall of Fame.

Gwinn Russell Ezell was born on April 15, 1930, to Frank and Ila Ezell in Grove Hill, Alabama. After his high school graduation in 1949, he attended and graduated from Alabama A&M University with a B.S. in agriculture. Afterward, he served two years in the U.S. Army (1954-1956). He received his Masters in Education degree in vocational and agricultural education from Tuskegee University (1980).

After his death in December 2010, he was honored by the Greensboro Tree Commission for his long service on that commission. A dogwood was planted at the Una Martin Park in his memory.

Mr. Gwinn Ezell is survived by his wife, Mrs. Irma Ezell who lives in Greensboro, Alabama.

“Do all you can and then a little more. Mortal man can do no more than this” is a quote from Ezell’s retirement speech. It is a great honor to recognize this man who always gave “a little more” by placing his name on the dedicatory plaque of the Extension Memorial Chapel. 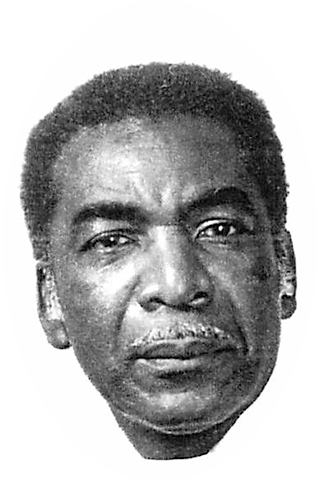