Henry Earle Williams gave 25 years of valuable service to the Alabama Cooperative Extension Service. As Head, Management Services, there was never any doubt as to his importance to the organization or to his effectiveness. At his retirement, the Director’s Letter shared the follow­ing: “In 1959, Earle became Head, Management Services, when that office was established. In the position, he officially served as exchequer, purchasing agent, and ‘keeper of the house’ for the State office and 67 county offices, and over the years, he had employed more than 600 support people for the State office. In addition to this rather awesome list of responsibilities, Earle always found time to be a confidant, an arbiter, and good friend to staff members and clerical and secretarial employees.”

Williams was born on May 5, 1904, in Snow Hill, Alabama, which is in Wilcox County. He graduated from Marengo County High School in 1922 and then attended Birmingham Southern College, receiving a bachelor of arts degree in 1926. For the next academic year, he taught high school courses at Dixon’s Mills and Ver­bena High Schools. In 1931, when 26 years old, he served as mayor of Linden, Alabama. Also, during the time before he joined the Extension Service, he was a district fieldman with the AAA. In 1945, near the end of World War II, he joined the Alabama Extension Service as State Supervisor of Emergency Farm Labor. In 1948, he was made an assistant to the Director. He served in the position of Head, Management Service, from 1959 until 1969, when he retired.

His own words, written at the time of his retirement in a letter to Director Fred Robertson, summarized Earle’s thoughts on his Extension career. “I got into Extension work accidentally but I am glad I did. It is important, always has been, is now, and will probably be even more important in the future. I am grateful for the good fortune that made me a part of it for nearly 25 years and for the opportunity to be associated with some of the finest people I have ever known.”

Williams was also a conscientious citizen of Auburn. He was on the Water Board, the Board of Directors of the East Alabama Mental Health Center. President of the Auburn Boy Scouts, Commissioner of the Geor­gia-Alabama Boy Scout Council, which awarded him the Silver Beaver Award, the highest honor given to a non-Boy Scout. He was a member and elder of the Presbyterian Church. He was a member of Sigma Alpha Epsilon fraternity and the oldest member of the Auburn Lions Club. He was also a life member of Extension’s Epsilon Sigma Phi Fraternity and a founding member of the Auburn University Federal Credit Union.

Earle Williams passed away on October 8, 1994, at the age of 90, following an extended illness. He is sur­vived by his wife Nora, who lives in Auburn, daughter Elizabeth Brazelton, and two sons, Earle and Gerald. We are proud to place the name of H. Earle Williams on the dedicatory plaque of the Extension Memorial Chapel. 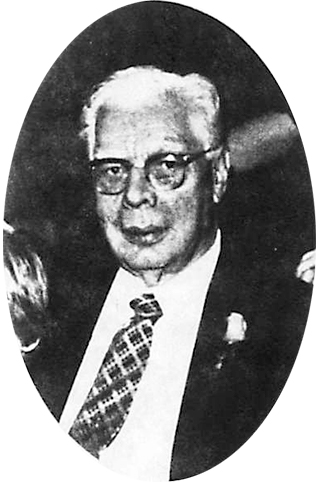