Haskell Lumpkin was a strong leader and a people person, commanding great respect. He was a man of strong convictions with an undying passion to bring glory to God with his life and example. He was indeed a man with the character who stood for the right things in life.

Life was very meaningful to Haskell through his chosen vocation as a county agent, working with farmers and others who earned their living from the soil. For more than two decades, he served the farmers of Lamar County in his role as an agricultural specialist. He longed to get outside his office in Vernon and visit with the farmers. Those who knew him said he surely walked across most of the farms in the entire county, advising the farmers concerning the best use and care of the soil, the crops, and their farm animals.

To quote Rev. Joe Williams, a good friend of his, Haskell was a man whose steps honored the Lord, whose wife and children honored him, whose neighbors believed in him, whose friends respected him, and whose community will greatly miss him.

H. Haskell Lumpkin was born in Horton, Alabama, in Marshall County. He received his high school education in Blount County. After serving his country in the U.S. Army during World War II, he attended Auburn University and graduated with a B.S. degree in Agriculture in 1949.

His initial appointment to the Alabama Cooperative Extension Service was in May of 1950. He served in Cullman and Randolph Counties before going to Lamar County in 1954. He was the county agent and the coordinator in Lamar County for 27 years. During his tenure, he was president of the Alabama Agricultural County Agents Association, District Director, and winner of the Distinguished Service Award.

He loved Auburn University as well as his job as a county agent. Haskell happily packed up the family for the trek to Auburn every football Saturday to watch the Tigers play. He made the final trip to Auburn in 1992 when he and his wife Alice moved from Vernon. He spent the next nine years living in Auburn, the town he loved. He golfed with friends and attended almost every sports function involving his beloved AU Tigers.

Haskell Lumpkin died at his home Sunday, February 18, 2001, at the age of 84. He is survived by his loving wife Alice, their two daughters Janet and Amy, and four grandchildren. Epsilon Sigma Phi is honored to help others know him and his legacy by placing his name on the dedicatory plaque of the Extension Memorial Chapel. 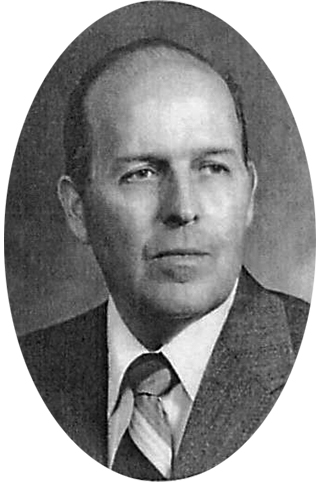