Born Harvey Jordan Carter, he was known as “Nick” to friends and coworkers. He began life in Hanceville, Alabama, on March 31, 1905. After graduating from Blountsville Agricultural High School, he pursued his education at Auburn University, where he earned his B.S. degree in 1929. While at Auburn, Nick Carter was recognized as an outstanding student. His leadership ability was evident by his selection as captain of the football team.

Upon graduation from Auburn, Mr. Carter performed the job of inspector for the Alabama Department of Agriculture for six years. In 1935, Nick Carter joined the Extension family as Assistant County Agent in Pike County. The next year found him serving in Barbour and then returning to Pike County as County Agent.

Mr. Carter’s leadership and organizational abilities gained him the respect of all who worked with him. His efforts resulted in the organization of the Alabama Association of County Agricultural Agents. Elected president of this professional group, Nick Carter urged agents around the state to share ideas and support each other. Mr. Carter also cultivated members of his staff to accept leadership positions. Well trained in Extension philosophy and the implementation of programs, four Pike County agents went on to serve as County Extension Chairmen.

He loved his work; he loved people, especially farm and rural people. He was never too busy or preoccu­pied to listen to their problems or to lend his assistance or to share his advice. He was a compassionate man, an understanding man.

Nick Carter led with a firm grip, never wavering from his convictions. He would demonstrate a method and expect his client to be able to handle a similar situation the next time. Those he served greatly bene­fited from his knowledge and expertise.

His devotion to duty gained him the love and respect of his fellow Extension workers. In tribute to his life’s work, the name H. J. “Nick” Carter is inscribed on the dedicatory plaque of the Extension Memorial Chapel. 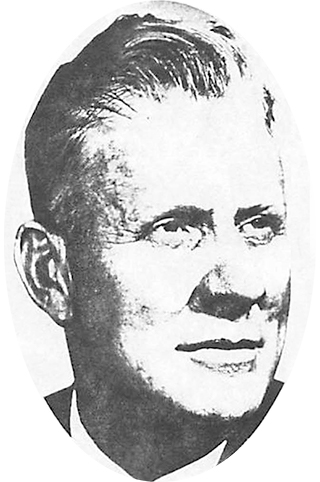