No one doubted that Hanchey Logue’s legacy of service would out­live him. Under his leadership, more than a million dollars was raised toward building the Alabama 4-H Youth Development Center. As the Alabama Cooperative Extension Service State 4-H Leader from 1948 to 1970, he influenced the lives of about 500,000 boys and girls who took part in the 4-H learning-by-doing programs. He had a gift for inspiring and encouraging young people, and he could entertain them with storytelling, guitar playing, and singing.

That’s how Hanchey Logue, who spent most of his life working with Alabama youth, will be remembered. In addition to guiding 4-H Club members, he taught math and coached football at Luverne High School, and taught agriculture and shop for 10 years at Pine Apple. He worked as an assistant county agent in Hale County and a county agent in Conecuh County.

Hanchey E. Logue was born on September 9, 1907, in Troy, Alabama; graduated from Troy High School in 1925; attended Troy State Teachers College, and graduated from Auburn University in 1932. He received both his Bachelor’s and Master’s degrees from Auburn. His Extension career began in 1942 and ended 28 years later with retirement on July 31, 1970.

Mr. Logue conducted the original study for the Alabama 4-H Foundation, wrote its constitution, by-laws, and articles of incorporation. He served on the headquarters committee for the National 4-H Congress, and during his tenure, he saw 80 Alabama 4-H’ers receive national scholarships. In 1969, he received the Gold Key citation from the Federal Extension Service. The award was for his total service to 4-H. The citation noted that “throughout his years of service to youth, he has been guided by a belief that 4-H Club work develops boys and girls into useful and desirable citizens.”

After retirement. Mr. Logue took advantage of the extra time available to do those outside activities which he had always loved, yet which had to take a back seat to his career. In addition to vegetable gardening and fishing at Lake Ogletree, he equally enjoyed following Auburn sports and attending home football games. He became an avid reader, and in his “spare” time he wrote country music, including a published song, “Things Have Changed Back Home.”

Hanchey Logue passed away on January 17, 1995. He is survived by his wife Pauline; their sons and their wives, Mickey and Glenda, Auburn; John and Helen, Birmingham; Calvin and Mary Jo, Athens, GA; and Lamar and Nenie Jo. Opelika; seven grandchildren and nine great-grandchildren. We thank them for shar­ing with us a man so dedicated to the youth of Alabama. It is with pride that we honor Hanchey E. Logue by placing his name on the dedicatory plaque of the Extension Memorial Chapel. 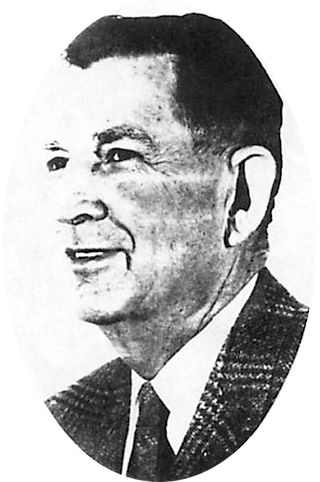