Harold Thornhill, a native of Speigner, Alabama, had almost 32 years of Federal service when he retired as Extension horticul­turist on March 31, 1970. He had served in that position for approximately ten years. Earlier, he served as Assistant County Agent in Morgan and Franklin Counties.

Before joining Extension, he had worked with the USDA’s Agricultural Adjustment Administra­tion. He graduated from Auburn in 1941 with a B.S. degree in agriculture and earned an M.S. degree in horticulture from Clemson University in 1961. He was a World War II veteran.

Harold was a highly respected horticulturist, extremely knowledgeable and talented, particularly in landscape design. After retiring from Extension, he was employed by Livingston State Univer­sity as Director of Grounds and Maintenance. He continued to serve until his death as Executive Secretary of the Alabama Nurserymen’s Association. He died on September 17, 1982.

A strong-willed person, Harold believed in whatever he did. He was in much demand as a planner and designer in the horticulture field. He set up many demonstrations throughout the state and developed countless landscape designs for towns and schools that are still being enjoyed.

Harold was a strong family man. Bill, his only son, followed in his father’s footsteps. He is now a successful grower of horticulture plants near Athens, Georgia. Daughter Beth is employed with the U.S. Government and has had assignments in several foreign countries. In addition to Bill and Beth, Harold was survived by his wife, Hilda.

In honor of the life and accomplishments of Harold Brewer Thornhill, his name is inscribed on the dedicatory plaque of the Extension Memorial Chapel. 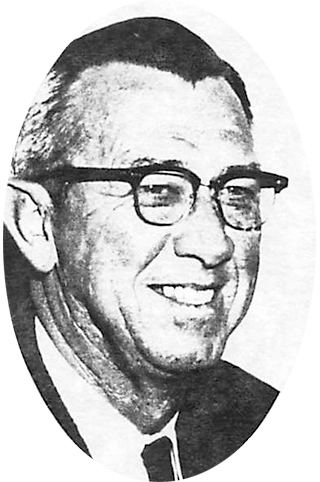