Harry W. Houston began his career with the Alabama Cooperative Extension System in Lauderdale County in 1954 serving as an assistant Extension agent, coordinating 4-H Clubs, and working with area farmers. He moved to Hartselle in 1958 where he served in the same capacity. He was promoted to County Extension Coordinator and served in that position until he retired in 1986.

Working with area farmers allowed him to do what he loved doing best: agriculture. He planned and facilitated trips for Unit Test Demonstration farm families in association with TVA to observe new approaches in agricultural development. He promoted the NO-TILL farm practices in which land was not tilled before planting a crop and was not cultivated during the crop’s growth. No-Till practices increased farmers’ crop yield and reduced operating expenses.

Houston went beyond the full-time family farm. The strength of his work with ACES was to improve the income and the standard of living for the rural families and communities through his work with 4-H youth programs, the home vegetable gardener, home lawn care, and insect control. He helped with the horticultural needs of the community with home landscaping, shrub pruning, and home orchard production. Houston wrote weekly articles addressing farm issues on crops and livestock.

He worked with sorghum syrup production to develop new harvest and processing techniques to improve the efficiency of the syrup cooker and to determine how to decrease manual labor for harvesting.

Mr. Houston was a charter member of the Auburn University Agricultural Alumni Association; a member of Epsilon Sigma Phi, the national honorary Extension fraternity; received the 2009 ACES No-Till Pioneer Award; inducted into the Alabama 4-H Wall of Fame in 2010.

The moment in time that defines the person — Harry Houston — involves his youngest grandson, Houston. After school, they often went by the grocery to buy a gallon of ice cream. They would then take it to an underprivileged family so the children could enjoy the ice cream treat. That was Harry Houston – caring and giving others throughout his professional and personal life.

The Alpha Pi Chapter of Epsilon Sigma Phi honors and remembers Mr. Harry W. Houston by placing his name on the dedicatory plaque of the Memorial Chapel. 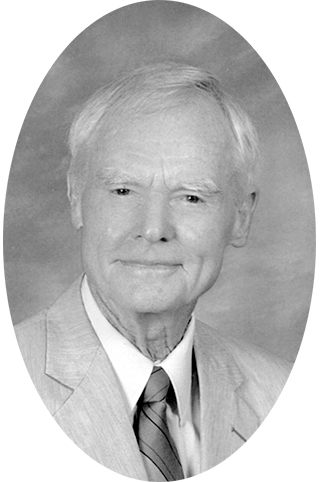