Hattie Eugenia Wilson was born in Roanoke, Alabama, on May 28, 1906. She was educated in the public schools of Roanoke and graduated from Handley High School. She attended and graduated from Alabama College in Montevallo in 1927 with a B.S. Degree in home economics with an emphasis on Foods and Nutrition. She later attended Teachers College, Columbia, New York, working toward a Master’s Degree.

Hattie’s professional career began in 1928 when she taught at Emma Samson School in Etowah County, Alabama. Later she taught at Gaston High School and onto Randolph County High, Wedowee, Alabama, where she taught for six years. In 1936, Hattie accepted a position as County Home Management Supervisor with Farmers Home Administration in Elmore County.

Her first experience working for the Alabama Cooperative Extension Service was from December 1, 1947, through June 30, 1948. She served as Assistant Home Demonstration Agent in Dale County. She left that position to accept a promotion within the Farmers Home Administration as District Home Management Supervisor in Northeast Alabama. When that position ended, she returned to Extension in July 1954 as the Home Demonstration Agent in Elmore County and spent the rest of her career there, retiring in 1968. Interestingly, her twin sister Myrtie also worked for the Alabama Cooperative Extension Service as a Home Demonstration Agent and was in Geneva and Tallapoosa Counties until she moved to Florida in 1954, the year Hattie returned to Extension work in Elmore County.

Hattie spent many years living in Wetumpka and working in and around Elmore County. Characterized as being a most loving and caring person, she was devoted to and was a great believer in Extension. After she retired, her talents were continually used through her volunteer work as she often served as a judge at the county fair and in many other volunteer roles. She was very active in the First Baptist Church of Wetumpka and was President of the Pink Ladies of the Elmore County Hospital. Over the years, she was active in professional and civic organizations including the Alabama/American Home Economics Association, the Business and Professional Women’s Club, League of Women Voters, and the Easter Star.

In tribute to her years of devoted service, the name Hattie Wilson is inscribed on the dedicatory plaque of the Extension Memorial Chapel. 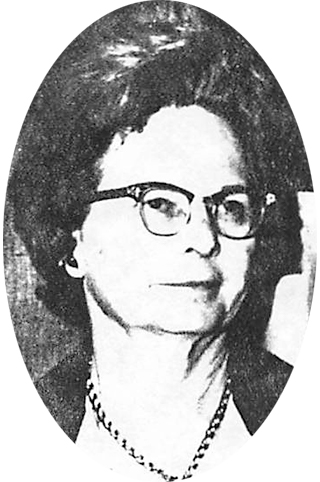