Helen Florence Barnes Hill was born in the small town of Plantersville in Dallas County, Alabama. She graduated from Dallas County High in 1935. Majoring in vocational home economics with a minor in science, she graduated from Alabama College in Montevallo in 1938. She received an M.S. from the University of Alabama in 1963 with an emphasis on child development and family life.

She taught vocational home economics in both Conecuh and Washington counties from 1938 to 1941. Her first appointment to Alabama Extension was as an Assistant Home Demonstration Agent in Houston County in 1941. Between December 1941 and October 1949, she worked either in the Clay County or in the Pickens County Extension offices, with a brief separation while she was a caseworker for the Department of Pension and Securities in Carrollton. During this time, she met and married her husband, Hugh W. Hill, Jr. She eventually settled into the position of Home Demonstration Agent (later County Agent) in Pickens County from October 1, 1949, until her retirement on June 30, 1981.

As county agent, she organized 21 new home demonstration clubs in Pickens County and trained and supervised 10 EFNEP program assistants who worked with a record number of families. She organized workshops on diabetes, hypertension, cancer, and arthritis. Her career was spent helping women help their families. She often told of helping with the hog butchering on a cold Friday evening and coming back to can the meat on Saturday and Sunday.

In 1978, the homemakers of Pickens County dedicated their county cookbook to her. In the dedicatory page, it was noted, “She is the best friend to more people than anyone else in Pickens County…. She is also a charming and practical individual who motivates those she works with toward perfection in their endeavors.”

Her many honors include the Resource Leadership Development Award for Outstanding Service to Pickens County in 1986, the 2000 John Owings Memorial Award from the Carrollton Lions Club, and she was inducted into the Alabama Senior Citizens Hall of Fame in Montgomery for her work with the elderly in Pickens County.

In a befitting tribute to someone who worked so tirelessly for the people of Alabama, the name of Helen B. Hill is inscribed on the dedicatory plaque of the Extension Memorial Chapel. 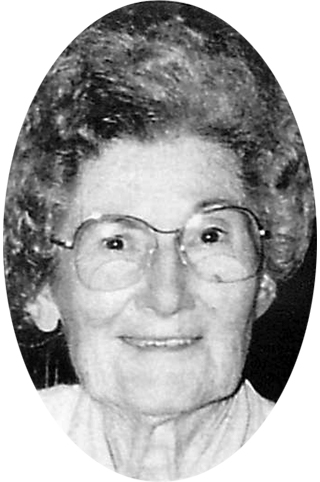