Before the age of 9, Helen Tibbs Wilson knew she wanted to be a part of Alabama 4-H. It was the local Home Demonstration Club that caught her attention. At this time, Extension was two separate programs – one state office was housed at Tuskegee Institute and one was at Alabama Polytechnic Institute.

Wilson participated in 4-H at Toney Junior High School in Madison County. She won first place in the state 4-H fashion revue held at Tuskegee. Her outfit was a black corduroy skirt with a reversible vest of black corduroy and black.-and-white check fabric. She won a trip to Washington, D.C., where she won second place nationally.

Wilson also won a first-place state award in food preservation. Wilson’s family grew a lot of their own produce, and she loved to preserve the fresh fruits and vegetables. She often gave demonstrations to the local Home Demonstration Club.

In addition to her 4-H project participation, Wilson attended a 4-H camp that was also held in Tuskegee. She attended camp for eight years, serving as a camp counselor for three years.

It was her participation in 4-H that influenced Wilson to attend Alabama A&M University and pursue a career as a home demonstration agent. She graduated in 1959 with a degree in home economics education. Her first job was in Conecuh County, where she encouraged her 4 H club members and had state 4-H winners at Tuskegee in fashion revue, yeast breads, and public speaking.

Wilson moved to Jefferson County where she taught home economics at Alden High School and served as a 4-H volunteer. Her next job would bring her back to Extension as an agent working with the 4-H DOT (Diet’s Our Thing) program in Jefferson County. Wilson was able to work with program assistants, urban 4-H, and youth at risk at schools and community centers. She continued her career for 23 years, retiring as a county Extension agent in 1995.

Since her retirement, Wilson continues to promote the values of 4-H. She has judged 4-H events at the county level and participated in the County Awards Banquet. She never gives up the opportunity to tell others how much 4-H offers. For 66 years, Helen Tibbs Wilson has been a part of the world’s largest youth organization. 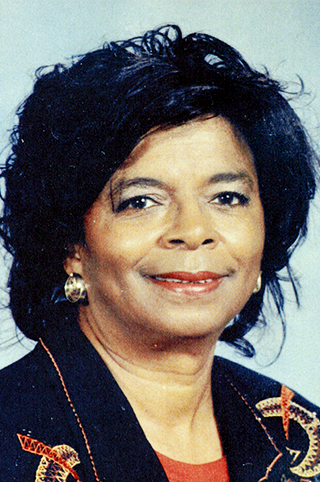