Henry Barnett Jackson was an Extension worker who left an indelible mark on the people he served. Born in Choctaw County, Henry was one of fourteen children of Lewis and Mae Hester Jackson. He received his early education in public schools and attended Tuskegee Institute, where he earned a B.S. degree in agriculture in 1940.

He began his career with the federal government the same year, working as a supervisor with the Farm and Home Administration and receiving excellent ratings during his time with that depart­ment. In 1947, he was appointed farm demonstration agent with the Extension Service in Tusca­loosa County and remained there until 1957.

For many years, he led black farmers to a better way of life by promoting greater numbers of landowners, greater yield in farm products, higher family income, better homes, and 4-H Club pro­grams for better citizenship. His accomplishments were recognized in an article entitled “Brought the Negro Farmers out of the Wilderness,” published in The Tuscaloosa News on October 14, 1957, denoting builders of Tuscaloosa.

Mr. Jackson was also deeply involved in various civic and church activities, including drive chair­man for the Red Cross, chairman of the Negro division of the March of Dimes, treasurer of Alpha Phi Alpha fraternity, member of the Steward Board of Hunter’s Chapel A.M.E. Zion Church and president of the Good Citizenship League which promoted the idea of a Negro YMCA, and a 32nd degree Scottish Rite Mason.

Mr. Jackson and his family, wife Lennie T. Morse Jackson and daughters Mae Frances and Olivia Patricia, moved to New York City in 1957, where he entered the petroleum business. He was the first black petroleum dealer in the New York Metropolitan Area. He operated this business until his death on November 1, 1969.

As a lasting tribute to this man and his life’s work, the name of Henry Barnett Jackson is inscribed on the dedicatory plaque of the Extension Memorial Chapel. 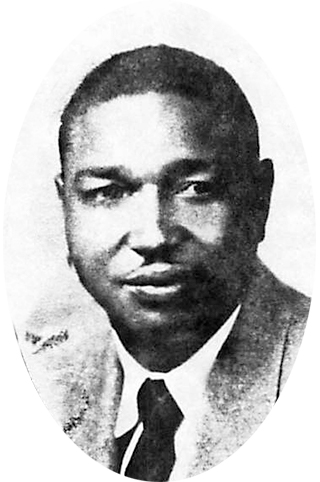