The people of Cullman County lost a true and devoted friend with the passing of Henry G. Pinkston on December 30, 1993. Described as the model citizen of Cullman, Mr. Pinkston will long be remembered for his efforts to make Cullman a better place to live.

An Extension agent for thirty-four years, Pinkston began his service in 1937 as the 4-H Club agent in both Franklin and Colbert counties. He became the agent for just Colbert County in 1939 and served there until September 1944, when he moved to Jackson County to be the Extension agent. On October 1, 1945, he was transferred to Cullman County, and there he remained until his retirement on May 31, 1971.

Pinkston had a genuine love for the people of Cullman County and served them efficiently and dependably. There were many Extension projects where he devoted his energies, but he may be most remembered for his part in obtaining funding to build Lake Catoma, which is Cullman’s only water supply. For his “outstanding service for the advancement of agriculture in Alabama,” he received the National Distinguished Service Award in 1958.

Henry Grady Pinkston was born on October 29, 1911, in Millerville, Alabama, and graduated from Bibb Graves High School in 1932. Though times were hard in the ’30s, young Henry was determined to receive a college degree and, with only five dollars in his pocket, made his way to Auburn in 1933 to begin his advanced studies. After working his way through college, Henry Pinkston graduated from Auburn University with a B.S. degree in agriculture. He maintained an avid loyalty to Auburn University throughout his life.

Mr. Pinkston did not stop being an active citizen after his 1971 retirement. He continued to be a model citizen, participating in many civic, community, and church-related activities and projects. He also was an active gardener through age 81, and neighbors and friends benefited from his love of flowers and for growing vegetables.

Pinkston is survived by his son Henry, Jr., of Cullman, and his daughter Dr. V. Carol Pinkston, of Johnson City, Tennessee. His wife, the former Ruth F. Cate, whom he had married in 1937, had predeceased him in March 1992.

In recognition of his contributions to the people of Alabama, the name of Henry Grady Pinkston, Sr., is inscribed on the dedicatory plaque of the Extension Memorial Chapel. 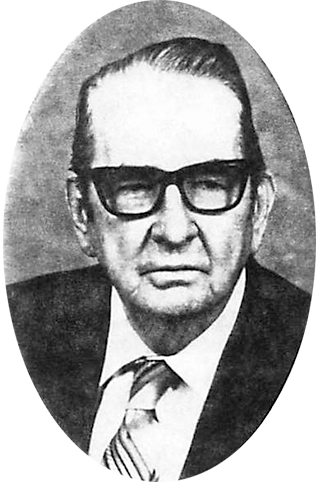